I’ve written and said many times before that simplicity is a good thing—if you have a methodology that is overly complex, there’s a pretty chance it won’t work. However, so many traders feel drawn to complexity—it feels right and good. Why is that? Why would we not prefer the simpler path. One reason might be a psychological quirk called the “illusion of control”.

There are a lot of ways to be successful in the markets—you can use a fundamental approach, you can allocate to a long-term portfolio, you can use a trend following system with the right asset classes, you can use a technical approach, you can combine all of these ideas… and the list goes on. But, however we find success, we have to acknowledge that the markets are a difficult and conflicted environment. It’s hard to make money and it’s hard to maintain the discipline required to do so. Markets are capable of an almost infinite range of events, though they spend a lot of their time doing almost nothing, which can lull us into a dangerous sense of complacency.

Because markets are so complex, it is tempting to meet them head on with a very complex approach. Many traders think the more indicators, tools, and things to tweak, the better—and then they tweak things differently for different stocks and different timeframes. I knew a trader who loved moving averages (though he had never made money trading) and had an approach that was based on using a different combination of moving averages for each stock he tried to trade!

The Illusion of Control 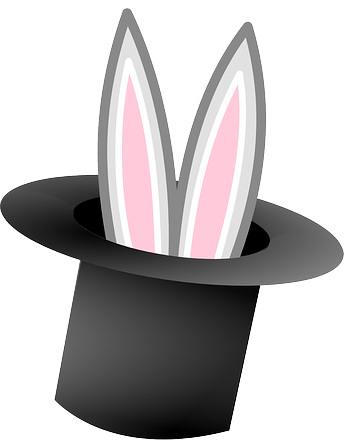 More moving parts often means more ways we can lie to ourselves. There is a well-known psychological effect called the “illusion of control” that works like this: imagine I put you in front of a computer screen, tell you it’s going to flash random numbers, and then, after you watch it a while, I ask you how well you were able to effect the numbers higher or lower. You would probably look at me like I was “challenged” and reply that of course you had no effect on the numbers.

But then I give you a button. I can even tell you the button does nothing, but you’re allowed to push it while you watch the numbers (which will still be random.) After doing this for a while, I ask you how strongly you were able to effect the numbers, and you would almost certainly tell me that you had some success. Even though we know it’s an illusion, having the ability to do something (change something, push something, move something) makes us feel that we have some control over a random situation. Though I’m paraphrasing for this example, this effect has been replicated in psychological research time and time again.

Now, think about your trading platform and ask yourself if a similar thing could be happening. Could you tweak indicator settings and colors, or screen setup and feel that you are somehow doing something that must be effective? We, all humans, have such poor intuition about random events that it’s difficult for us to trust our gut. (This is why statistics and performance evaluation are so important to traders.) Even if you were trading with no edge at all, could you legitimately feel that some tweak to an entry technique or a stop setting made a real difference? Remember that, if this illusion is in effect, you will be utterly convinced of your ability to control something that is completely random and beyond your control. That kind of determination can be fatal in the marketplace.

It might not be all bad, except in the markets…

Some of the researchers have suggested that there’s a good reason we have this illusion of control. First of all, in most areas of human endeavor, it probably isn’t all that harmful; if you’re doing something pretty random then whether you keep doing it or stop probably makes little difference to your long-term survival. (Ah, but here, once again, the markets are very different than the rest of human experience!) In fact, the illusion of control might help you to continue at tasks long enough to develop skill. Imagine the developing archer whose early results are pretty random, but, if he’s convinced he’s developing skill, he might keep shooting just long enough that he actually develops real, solid skills.

In the market, and with trading, I think it’s a little bit different and more dangerous. One of the things I have become convinced about over the course of my career is that many people are doing things that make no sense and have no edge. They often think they have an edge, but they don’t, but why can that conviction—that they actually do have an edge and that success is just around the corner—be so very strong?

It’s likely that many of these people have fallen prey to this illusion. Many traders bash their heads against screens and desks (sometimes, not so metaphorically) for years with no success because they are doing something that does not work. They feel, often very strongly, that they have an edge and that’s it working, but the numbers don’t add up at the end of the day. They change things, and each small tweak brings a new sense of hope and control, but, again, the bottom line doesn’t improve. This happens because the trader does not have a solid understanding of what matters and what doesn’t in trading.

What we can do about it

The answer is deceptively simple: we have to analyze our results with hard statistics and then understand what those numbers say. Proper performance metrics, either of live trading or of systems under development, are key, but it has to be done correctly. Even system development offers many opportunities to tweak this and that and create an illusion that will likely fail the first time the system meets live markets. If we are working with proper methodology and statistics, it’s harder to lie to ourselves, and much easier to combat this illusion. Statistics are only a tool, but they are a powerful tool.

This illusion of control is, on one hand, just another one of those cognitive quirks and biases, but it’s an important one. If we overestimate our ability to control our results, we can become overly confident, make mistakes, and quickly fall to ruin. If we have proper respect for our ability within the bounds of probability, we will respect the market. We will avoid hubris and stay humble.

Understanding this illusion also points the way to psychological balance and control because we will know that we are not as good as we think we are in the good times, and we’re also not as bad as we feel in the rough spots. It’s all part of the normal flux of probabilities in trading, and we are all traders in the hands of an all-too-often angry market.

This illusion seems to be a part of who we are, and it’s not something you’re going to fix. Instead, work to understand it; understand your weaknesses so you can master them. Great wisdom and control come to the trader who understands more of what goes on inside himself, and who understand the dangers of these illusions and biases.

This post was first published on See It Market, here.

You wanna be right? Or make money?