This is the second in a series of posts on pattern recognition, following up on yesterday’s post that dealt with trading simple pullbacks. The pullback truly is one of the most useful trading patterns, and many traders find success with a program focusing on pullbacks for trade entry. However, the simple pullback is an idealized pattern, and things get messy in actual trading. It’s worth our time to consider some of the common ways pullbacks might diverge from the ideal, simple pullback. There are two common variations we should consider: the nested pullback and the complex pullback: 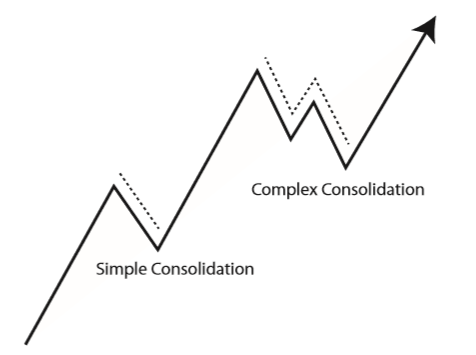 So the basic idea behind pullbacks is that a trending market makes a trend move, pauses or consolidates (usually by moving against the trend for a short time), and then breaks into another with-trend leg. Sometimes the market follows this template, but the first attempt to resume the trend fails, the market pulls back further, and then breaks into a with-trend run. This is a complex pullback, so-called because it has two or more countertrend legs within the pullback structure.

Why do we care? Well, first of all traders using a plan of entering as the market turns into a trend leg and tightening the stop aggressively will be stopped out when the market turns against them for the second pullback leg. This might be ok, because, as we know, some percentage of trades are simply losers, and this is one of the common ways pullbacks fail.

However, some of the best with-trend moves come after these complex consolidations. A pullback trading plan that does not at least plan for and understand the possibility of complex consolidations is incomplete. In fact, some traders focus on trying to catch the complex pullbacks, at the expense of ignoring simple, on-legged pullbacks. 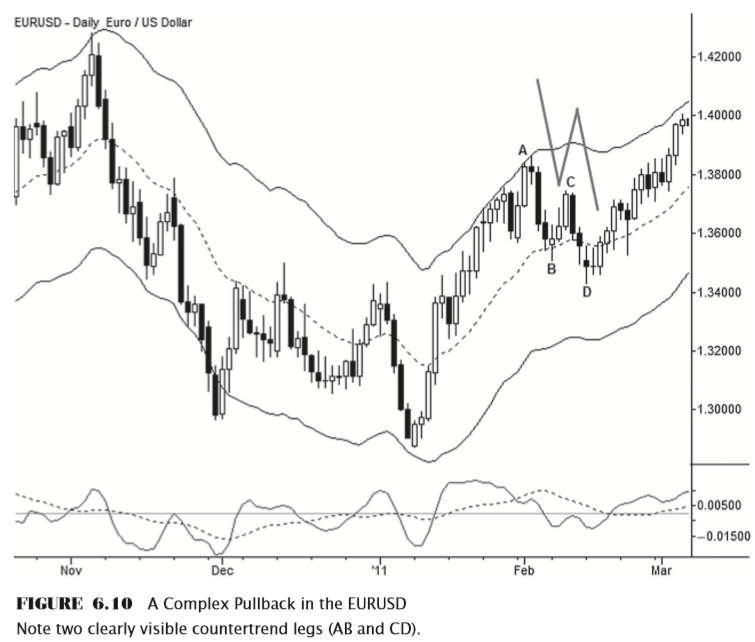 Where to find them

Those of you who have read my work on Fibonacci ratios (here, here. here. and here) will not be surprised to find that I also think Elliott Wave is not particularly useful, either. However, one of the very few useful rules of that system is the law of alternation, which states, among other things, that complex pullbacks alternate with simple pullbacks. This isn’t quite right, based on my observation of markets, but the idea that you should be on guard for a complex pullback after several trend legs is valid. Pullbacks tend to be somewhat proportional to the strength of the trend (in length and magnitude), so strong trends often require longer pullbacks. Longer pullbacks are more likely to have multiple legs–no need to overthink or ascribe some mystical significance to what can be explained by random fluctuations!

Be careful, because complex pullbacks can sometimes hide within a few bars. (This might be more common on intraday charts.) Sometimes we will see what looks like a simple pullback, but it contains a single “with trend” candle within the pullback structure. This often shows a lower timeframe complex pullback, and can be treated as a complex pullback on the higher timeframe, as well. Remember, in all of this, we are adding structure and arbitrary time constraints to the market, so I think it’s important to not get too caught up in structure that we create.

How to trade them

There are a few possibilities for entering complex pullbacks. One idea is to look to enter the second leg on a failure test (more on that pattern soon) around the previous swing low. The real problem comes with managing losing simple pullbacks–it is not possible to take a full-sized loss on the first trade, and then enter the second trade with full sized risk. Entering the second trade on less-than-full-sized risk is probably also not the best plan, as these tend to be some great trades. (Also, keep in mind that complex pullbacks certainly can have more than two legs, especially depending on the timeframe. It’s not uncommon to see a pullback extend for 3 or more legs, and basically resolve in a simple pullback structure on the higher timeframe.)

As in everything else, discipline is all that matters. You can’t be making up new rules every time you see a pattern in the market; have a plan, and trade that plan. Also, realize that there are some trades that you simply will not be able to catch. Whether it’s because you already have on risk in related markets, or that the pattern simply doesn’t align with your plan, your job is not to catch every move. Your job, as a trader, is to catch those moves that fit the patterns you have defined in your trading plan, to put on the correct risk, and to manage that risk appropriately.

Here are a few examples of complex pullbacks on daily charts, drawn from recent market action. I have deliberately chosen less-than-perfect examples to show you how these patterns can play out in actual trading. (Pullback legs are highlighted with solid lines, and failed with-trend attempts with dotted lines.) 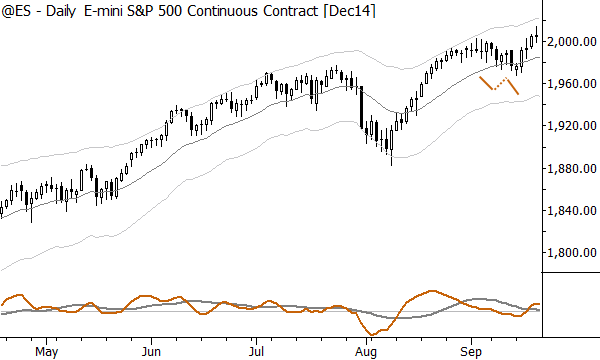 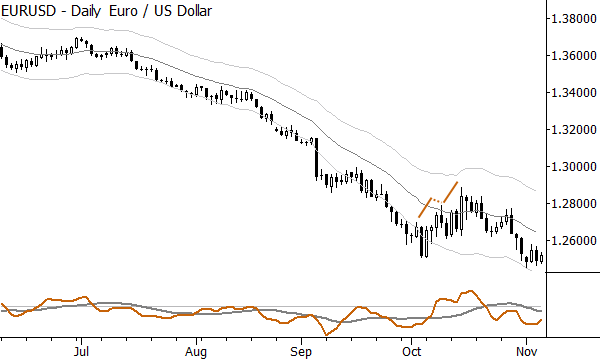 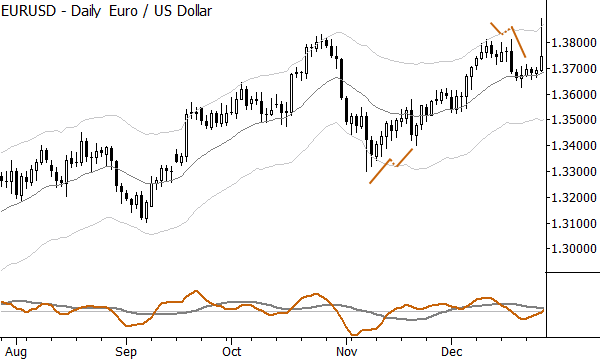 Chart of the Day: Bear Flag in EL

Chart of the day: bear flag in gold