This is the first in a short series of posts in which we will objectively look at Fibonacci numbers and ratios in the market. This may challenge some of your long-held beliefs about trading and the markets, but the point here is to consider what is objectively true—the answer to so many of our trading questions lies in price data—we just have to ask the data what it says. Fibonacci is a particularly thorny concept for many reasons: so many respected authors have opined at great length about the beauty of the numbers, they appeal to people’s’ sense for mystical order and structure in the universe, and they are one of the most commonly accepted trading tools. Let me start today with an excerpt from the unpublished portion of my book:

The Fibonacci sequence is a sequence of numbers obtained by starting with the numbers 0 and 1, summing them, and then continuing the process, always creating the next number in the series by summing the last two: {0, 1, 1, 2, 3, 5, 8, 13, 21, 34, 55, 89, 144, 233, …} The first mention of this sequence in Western literature is attributed to Leonardo of Pisa (called Fibonacci, a contraction of filius Bonacci, “son of Bonacci”), an Italian mathematician who used the sequence as an example in his 1202 book, Liber Abaci. In the midtwentieth century, Ralph N. Elliott came to believe that this sequence of numbers was the foundation for something he called Nature’s Law, and pointed to applications of this Law in such diverse phenomena as the construction of the human body (one head, two arms, three divisions in each arm and leg, five senses); the musical keyboard (eight notes to an octave, eight white keys, and five black keys—a miscounting because if eight white keys span an octave, six black keys are the equivalent—and 89 keys to a “complete keyboard”; confusion reigns on that count as well), the construction of the Great Pyramids of Egypt (which he claimed were the fulfillment of Biblical prophecy); and the number of signers of the Declaration of Independence. He also points out that there are “approximately” 89 primary chemical elements. (Actually, there are 94 naturally occurring elements.) Elliott naturally reasons that if this number series is so significant in nature, it certainly should have application to the fluctuations of financial markets. As convoluted as Elliott’s writings were on the subject, the situation has not improved over time.

The basic claim of Fibonacci traders is that the magnitude and timing of swings in the market are described by ratios derived from the Fibonacci sequence. If a number in the sequence is divided by the number that follows it, the result is a number very close to 61.8 percent, which is a constant called ? (phi), also known as the Golden Ratio. This is a number that truly does describe many relationships and ratios in art, in architecture, and in nature—on this count, the Fibonacci followers are correct. If a number is divided by the second number following it in the sequence, we get ~38.2 percent, and ~23.6 percent for the third number following. (The further out in the sequence these divisions are done, the more closely the quotients converge on these values. For instance, 89 divided by 144 is much closer to 0.618 than is 3 divided by 5.) In addition to using these ratios from the Fibonacci series, Fibonacci traders inexplicably focus attention on the 50 percent ratio, which is not a Fibonacci number at all. 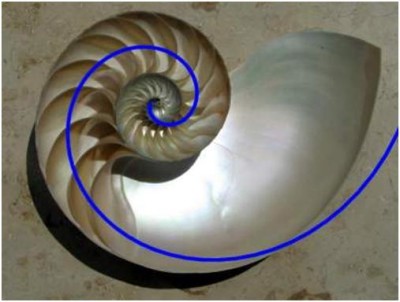 More modern authors repeat similar imprecisions, for instance, claiming that the height of the Giza pyramid, measured in inches (which the author claims was a standard Egyptian unit of measure) is 5,813 which is a series of three Fib numbers: 5-8-13. (The measurement is wrong. The pyramid eroded significantly and is missing its capstone so the original height would have been very different. Inches were not used until thousands of years after the pyramids were completed.) Can it be significant that the drinking age in America is 21, which is also a Fib number? Even better, use some techniques such as the Kondratieff wave, which were built on a foundation of Fibonacci numbers, as justification for the significance of those numbers—the ultimate circular argument. I’ve only scratched the surface of Fibonacci superstition here; if you want to read more, this page is an interesting read.

There are two separate things to consider here. Let’s leave the question of the Golden Ratio for a future post, and only consider the actual numbers in the sequence today. Many people call the numbers in the standard example sequence the “Fibonacci numbers”, think that they are special, and use them in various applications. Traders who do this might look for turning points at Fib numbers from pivots (counting bars or days), or use them as inputs to technical indicators. For instance, some people will use 8 or 13 for a moving average length, but not 10, because 8 and 13 are “Fibonacci numbers”. What many people do not realize is that there is nothing special about the numbers themselves at all. All of this thinking about 5 fingers, 13 original States in the Union, and a “normal sunflower” having 89 curves is misplaced because the ratios are produced by the summation process, not by the numbers themselves. If you start the process with any two numbers you will find the ratio between two consecutive numbers settles down to the Golden Ratio very quickly. If you don’t believe this, download the attached spreadsheet and play with different seed numbers (the yellow inputs). No matter where you start -5423452345 and .00001, or 1 and 2, a few steps into the series you will see the ratios come very close to the Golden Mean.

Those ratios deserve more discussion and a post of their own, and we’ll get to that soon, but, for now, spend a few moments thinking about the tools you use. For instance, do you use 34 for an indicator input because 34 is a “Fibonacci number” or something similar? If so, how do you know that the number you use is better than any other number? Why should the Fibonacci numbers work better as inputs or cycle lengths? Are you sure?

(Hat tip to my friend Greg Morris who tells me that when he does a similar demonstration in presentations, he uses the numbers 2 and 19 as seed numbers to show that there is nothing special about the actual numbers in the sequence. Some reflection might reveal a profound not-quite-Da Vinci-code code in his choice of those two particular numbers. (Hint: B=2,…))

‘Tis the season… or is it? A deeper look at seasonality in stocks.

Chart of the Day: Volume