Here’s an interesting question on a controversial topic–trading psychology. Reader Rob sent me a note asking:

Hi. I hope you can help me with a question. I am a developing trader and am having a friendly argument with some trading friends. One person says that trading psychology is all there is. She says that we don’t trade the markets we trade our beliefs about the markets and all we have to do is act with our beliefs and we will make money. Another person says psychology is just an excuse to sell courses and books and that anyone who has a system can follow it. Can you give us a final answer on this? (If it matters we are all pretty new traders and none of us is making money yet.) 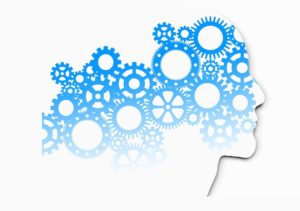 I know this is a good question because there’s no way I can answer it without making someone, somewhere very angry. 🙂 People have passionate feelings on this topic, and, no, I don’t think I can give you a final answer. What I can do is to share some thoughts based on my experiences–my personal experience as a trader, working with other traders, and conversations with other traders, both developing and professional. Also, it should be said upfront that I’m not a trained mental health professional and anything I say here is just the observation of a layman in the field.

My personal belief is that trading psychology is often overemphasized at the expense of actually having an edge in the market. I bet I know the books your friend who says “we just trade our beliefs about the market” is reading, and those books also suggest that it’s very easy to find a system that works–all you have to do is have a trend following and a range system and just know when to switch back and forth between the two. In my experience, there are some serious and deep problems with this line of thought.

First the statement “you only trade your beliefs about the market” is a non-falsifiable statement. I could give a list of reasons why I think this statement is not true, but then someone who believes it could say “well, that’s your belief…” This is a statement that has almost religious overtones. Because it holds out such promise, it inspires strong emotion and almost fanatical defense from people who believe it is true. Also consider the statement: “it’s all psychology. Trading psychology is all there is.” Plenty of books and people say this, but since there is literally nothing anyone could do to disprove the statement, no evidence that would make believers stop believing, a reasonable, logical, course of action is to consider the statement is meaningless. (If you’re not familiar with this idea: a statement must be potentially falsifiable, work it into your thinking. It will change the way you see the universe.)

Methodologically, there’s another perspective: it’s a tautology to say that successful traders trade their beliefs about the market. Of course they do, and those beliefs are well-aligned with the way markets work; that’s why these traders are successful. It’s quite another thing to tell a developing trader you just have to believe and trade in alignment with your beliefs because there are plenty of market beliefs that are wrong: What if you believed you should always max out your account selling premium? What if you believed you should short stock indexes after big spikes down? What if you believed you should just buy stocks whose tickers begin with the first letter of your name? Each of those beliefs will keep you from making money in the market. Successful traders have beliefs that explain how the market really moves. I think we should teach beginning traders how to understand how the market works (in other words, how to actually get an edge) rather than focusing too much, early on, on psychology.

Now, there’s another side to this coin: there are plenty of examples of traders who know what to do and can’t do it. There are traders who have a solid system and just can’t execute. There are investors who do good research, have a good plan, and then panic when the market goes down 5% and sell everything. It’s not enough to just know what to do because the market is challenging psychologically and we have to learn the right skill set to perform. There are significant overlaps between human peak performance in other endeavors (athletics, chess, music, etc.) and trading. I personally spent some time working with a therapist when I saw that I needed better skills and strategies to deal with the pressures of trading. Knowing what to do isn’t enough; it’s the doing that matters. And, to actually do, we need the psychological strength and resilience to deal with the stresses of the markets–psychology is indeed important because there’s an element of human performance, even in purely algorithmic trading.

I apologize for the long-winded answer to your question, but there is no definitive answer: the answer is different for traders and investors in different stages of the journey. I do think–and I know that this is a controversial stance–many, if not most, psychological questions can be addressed through trading methodology. (This post had some good thoughts on the topic.) If we don’t have an edge then no psychological work will stop the bleeding from our accounts. Maybe we’ll lose money and feel better about it, maybe we will be happier, but we will still lose money. We must have an edge. Doing the right thing can be an almost magical fix to all kinds of psychological woes!