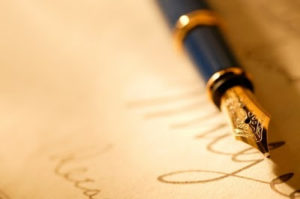 I’ve been talking a lot with new and developing traders, doing some one on one work, and also hanging out in some forums that cover a very wide range of experience and sophistication. Seeing people start at the very beginning of our discipline has made me think deeply about a lot of things I take for granted. Then, someone asked me a simple question: what advice would you give a new trader just starting out?

Of course, the first things that come to mind are the importance of having an actual edge, dodging the charlatans (both well-meaning and not), and keeping trading size small. But they can hear that anywhere—what can I give that new trader that they won’t find anywhere else. I spent a few weeks thinking about this over the holiday, and I have some answers:

It is easy to approach this question with a judgmental attitude, driven by decades of learning to manage risk as an active trader. However, what if someone wants to put a little money in the market and buy lottery tickets? Is that so wrong? I think there’s a place for this kind of activity—open a small (to you) account, buy some penny stocks, buy some out of the money puts or calls, take a (minimally leveraged) flyer on some currency.

Just know that your chances of success in the long run with this approach are pretty small; you’d likely be better off buying lottery tickets. This isn’t, in my mind, trading. Trading is about working with an actual edge in the market and taking small, boring bets over and over in alignment with that edge. But if you’re in it for excitement or social media bragging, you likely won’t find the same fulfillment that you will find buying penny stocks. Decide why you want to be in the market.

Have an open mind, but think critically

Jack Schwager said it best: the paradox is that there are many, many ways to make money in the market, but all of those ways are very hard to find. If you’re at the beginning of your journey, you’re going to puzzle through that sentence for many years, wish it wasn’t true, and eventually accept that it is. It pays to have an open mind because people doing things that might appear silly might just have an edge.

However, it is also important to discriminate between the true and the false. Ask questions, and don’t accept answers that rely on faith or assumptions that don’t make sense. You’re going to find things in this “business” that approach religion: people believe vehemently and attack anyone who disagrees. Social media brings out the worst in people. Someone just told me that I didn’t understand a method because I hadn’t done the 10,000 hours of training that were required to fully master the principles of this charting technique. If that makes sense to you, I have some emails in my spam box that you might want to investigate, including a $15,000,000 gift card  from a Saudi prince…

We really draw dividing lines here: there are people who will pull out statistics and computer programs, and other people who will point to patterns on charts. The only question that matters about any method is does it give you an edge over the market. If so, the method will give you conditions that will let you say the market is more likely to do one thing than another over some time period.

For me, seeing statistical tests is important. We can dismiss a lot of nonsense out of hand when we see that the results are no better than a coin flip, but this isn’t the full answer. There are methods that defy statistical testing, and combinations of tools may be very difficult to test. Any discretionary input into a process (and discretionary input is absolutely valid) is going to be very hard to test. If we can’t test it, then your own forward tests and actual trading results become the validation, but we’re getting a little ahead of ourselves.

Just spend some time, early on if you’re a new trader, or right now if you’re more experienced, thinking about what proof looks like. Proof is evidence that a method works over a large sample and that it works better than a coin flip. Me showing you examples of price reversing from a level, no matter how convincing those charts are or how many charts I can show you, does not rise close to the level of proof. Me showing you that a pattern gives a X% tilt over the baseline drift is a basic proof, but there’s still a lot more work to do.

You’ll spend a lot of time thinking about this, but it’s very close to the most important thing you need to understand. If I have an edge in the market, the amount of my bankroll I bet on each trade is important. Take it to the limit, and say I have a system that wins 90% of the time. If I bet 100% of my money on each trade, eventually I’m going to go bankrupt with a 100% loss.

At the other extreme, if I bet a very small amount (say $1 in a $1,000,000 account), then I won’t make enough money to make the activity worth my time. The more we bet, the more we risk. With higher risk, we make more money, up to a point where the risk becomes high enough that we risk losing everything in a series of losing trades. (And, even with that 90% system, you will, if you do it long enough, have a string of losing trades.)

Anecdotally, most traders I know personally fall somewhere in the 1% – 2% range, meaning they risk that range of their bankroll on each trade. There are traders who trade smaller, and some who trade bigger. You’re naturally going to want to trade bigger, but many new traders don’t understand the risks they are taking. Spend some time understanding those risks.

A lot of these psychological issues resolve when the other pieces of the puzzle fall into place, so I’d focus heavily on developing your edge, understanding risk, doing your back and forward tests, and then trading very small while you figure this out. At some point, you can focus on psychology, but you’ll be amazed how many of your psychological issues resolve when you are doing the right things in the market.