In trading and investing, there are good losses and bad losses. This post is about the bad losses, but let’s begin by touching on the good losses. 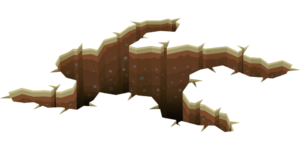 A good loss is simply part of doing business: you followed your rules perfectly, executed the trade entry and exit perfectly and on the correct size. Some trades just don’t work out; for many traders, less than half of all trades are profitable. These losses are not bad, are not to be avoided, and should not cause any emotional reaction. If you had a shoe store where you bought inventory and sold it for a significant profit, would you feel bad about spending money to buy shoes wholesale or would you understand that spending this money would allow you to make a lot more? This is how traders should think about good losses: a simple business expense.

Now, getting there is not easy. I’ve written before that I think the typical path to trading/investing skill takes somewhere around 3-5 years. You may have some flashes of success early on (or you may not, and neither predicts your eventual success), but you are very unlikely to develop skills to be consistent in less time. Trading is a commitment, and it’s certainly not easy. Along the way, traders struggle with losses for “not so good reasons.”

Most of the “bad losses” are driven by a mistake—a mistake of methodology, emotion, execution error, perception, or something else. For the developing trader, a bad loss is often an invitation to do something worse and to do more damage to yourself. Don’t do that! Break the cycle. When you realize you are in the midst of one of these bad losses, simply correct the condition that caused it and don’t throw good money after bad. So many of the disasters that wipe out trading accounts begin as a small mistake that is compounded, through a series of errors, into an account-destroying screw up.

Now, let’s think about some of the reasons for these bad losses, and see what we can do about them:

The solution to most of these problems is not exciting: have a plan that works and execute that plan with discipline. Of course, there’s a lot more we can do at each step, but being aware of these errors will help protect against some of the worst, and most avoidable, mistakes that wait for the developing trader.

Podcast: Q&A (and some rambling)