Yesterday I wrote a bit about my path to becoming a trader, focusing heavily on my background. That post might have been pretty light on application and concrete market tie ins, so I want to focus today on a few of the things that I think helped me find my way in the markets.

As I said, when I started trading, I had no clue–realistically, less than no clue. I started trading based on simple chart patterns, paying far too high commission (old-school “full service” commodity broker) for my account size, and I was always, always horrifically overleveraged. I understood nothing about risk or position sizing, and my early plans basically centered around finding a trend, pyramiding up, and, in a few years, taking my winnings and buying a small island. As I said: no clue.

I did have one thing going for me. From the very beginning, I knew that I had to get out when I was wrong. Though this seems elementary, it is not at all difficult to find people who think differently, particularly in the world of stock investing–too many people are too overconfident with their opinion and are too sure that they somehow know what is going to happen to a stock. At the very least, I would never be the kind of trader who got into a stock at $50 and rode it to $5–from the beginning that was something I knew was wrong. Also, since I started with futures I was just as comfortable going short as being long. Short selling is truly a valid risk management tool. One of the things that absolutely baffles me is the prejudice against short selling from many stock traders. Yes, you can be an investor and never sell short, though your reasons for not doing so are probably at least slightly illogical. (Most common reasons are something like “it’s un-American to vote against a company” or “you can lose more than 100% if you sell short”. If your trading plan allowed for the possibility of losing anywhere near 100% on a long or a short trade, I’d gently suggest you go back to the drawing board. Oh, and also, don’t short <$10 biotechs!) Institutionally, many managers are not allowed to short, though, in the ultimate paradox, they can hold inverse, levered, and inverse levered ETFs. From the very beginning, shorting was as intuitive to me as buying something, and, if you want to be an active trader, I hope it is for you too. 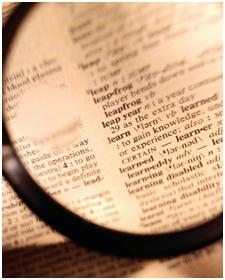 Once I realized that I was not going to magically add five zeros to my trading account in a few months, I thought the solution was to learn everything I could. Initially, I focused on both fundamental and technical analysis, though I quickly saw some ways in which fundamental analysis didn’t serve my purposes very well. For one, access to information was a problem. I was trading corn futures against corn farmers and corn buyers, and I was pretty sure that, whatever numbers I could find to plug into my models, they probably knew better. Yes, I could buy whatever industry reports I wanted to and parse the USDA releases as soon as they were released, but when a guy can walk out and look at his field, or hire people to go look at a lot of fields–let’s just say I knew I would be at a serious information disadvantage.

There was also the problem of timing. In my early trading experiences I had done a lot of what could most charitably be described as “some pretty stupid stuff”, and I suspected I wasn’t alone. Intuitively, I suspected I was not alone. Surely other traders and investors were also doing stupid things, and I knew how powerful the emotions I had faced were. Yes, I also knew people were doing things with neural nets (that was big, back then) and other quantitative systems, but there still had to be a lot of irrational people in the market. Even if my model was right, what if peoples’ emotions pushed the market too far against my model valuation? I had no capital to sit out large moves against my positions and to wait to be proven right, so I knew that timing would matter.

Now, let me pause here and say that I think financial literacy is really important. In the years that followed, I continued to learn everything I could about fundamental analysis and valuation. I know there’s a mindset that says you just have to learn one thing to trade well, but, well I don’t mean to sound cynical, I hear that from people selling courses and books to teach simplistic ways of trading. That’s not what I hear from professional traders who generally are interested in learning everything about everything in the world. If you want to be a technical trader, that’s fine, but shouldn’t you at least understand what the “fundamental guys” are doing? I’ve seen too many traders trade (unsuccessfully) on flawed understandings of fundamentals. Do you know what a balance sheet is? How about the other financial statements? Do you know how to build a model–can you rip apart 10-ks (or should you be using quarterly statements?) and build a simple model? How will changing profit margins, capex, and revenues affect the company’s value over the years? How about changing interest rates? Different amounts of debt in the corporate structure? All of this to say nothing of that specific firm’s strategic position in the industry, overall trends in the sector/industry–everyone eats a piece of the cake but how is the overall size of the cake likely to change in the future? How about simple valuation ratios? What is wrong with the concept of a P/E ratio? Which P/E ratio are you using? What is wrong with book value and when might it be more or less useful? How can companies deceive with financial statements? Where are the bodies likely to be buried? Yes, this is a lot, but you’re trading against people who read each of those questions and find them trivial. If you can’t answer them, then don’t try to compete based on fundamental information. The good news is that if you want to learn that information, it’s easily accessible; all you have to do is put in the time.

Let me leave you today with a quick recounting of my early studies in technical analysis. Simply put, I devoured everything I could find. The internet was still not a great resource, but I spent money on books, traveled to libraries to find old books, had friends send me books in the mail. You name it: candle patterns, chart patterns, the original Gann and Eliott material, Charles Dow’s writings (which, technically, pre-date technical analysis). I started learning about ratios and secret formulas, and developed the basic math and spreadsheet skills needed to calculate and play with these ratios. (I left something out that an astute reader might have noticed. In the previous paragraph I referred to fundamental modeling. Even here, I had already had to learn basic things about multifactor models, regression, and basic stats. I was learning things out of order and imperfectly, but I was like a monkey grabbing every useful, shiny thing I could see.) I filled notebooks and pages of graph paper with my work, and I was amazed to see the magic ratios perfectly predict so many turning points. I even created my own magic formulas and they worked too. How many candlestick patterns marked exact turning points! I got some very primitive charting software and was amazed to see chart patterns repeating over and over again. Trendlines were magical. Bollinger bands–why would I ever need any other tool? And indicator divergence? Easy money. I learned a lot, and, even today, I think it would be harder to find someone who knew more of the traditional TA than I did at the time. Surely I had found the key to success in the markets. I also learned a few things about risk management, knew that I was overleveraged and that I would have to “be careful”. So, armed with that knowledge, I went back in the market, and… lost again, quite consistently.

Tomorrow, I’ll tell you what I did about it. 🙂

What happens when you achieve your goals?

Module 2 of the Options Course: pricing

The right mindset: perspective from a newbie