i received a great question from Glenn, which I’ll summarize and paraphrase below:

Adam, I’m doing many things right in my trading, but I struggle with one thing: I get out of my winning trades too quickly. Any ideas on how I can work on this? 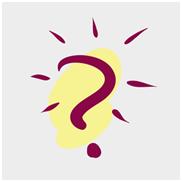 I have to say, this is a question that is near and dear to my heart because it was one of the most serious dragons I wrestled with in my trading. It was the final barrier to me becoming profitable, and something I struggled with again (for years) when I moved to trading stock index futures in the early 2000’s. I also think that this is a problem that does not receive much attention: we all know you have to get out of your losing trades, don’t overtrade, use correct position size, etc, and we hear advice like this over and over again. We might assume that winning trades take care of themselves, so how often do you hear someone talk about managing winners? Not often enough, so let’s do it today.

There are a lot of, frankly, stupid trading platitudes, but this is one of the worst. You can go broke taking profits (been there, done that, blown out the trading account, and I probably should make the t-shirt). Taking profits, at the right time, is an absolutely critical part of your trading decision. So when, where and how should we take profits?

It’s easier to know where not to take profits. It makes sense that your profits should at least cover your trading costs. As an aside, I knew a pretty large firm years ago that was teaching its traders to take profits on stocks at +.01 and +.02, to at least “take a little off.” Well, the trading costs for traders at the firm were, roughly, .05 for commissions alone. Even if you assume you’re netting even on ETF charges, you’re still probably paying the spread on one side at least half the time… this firm was encouraging nervous, hypertrading, and not paying attention to trading costs. You can’t do that–locking in a “profit” at less than your transaction costs (and make sure you understand what that includes) is locking in a loss.

It’s also certainly possible to sabotage a good quantitative system with human discretion. For sake of argument, let’s say we have an approach that tests out well, risking 1.00 to make 1.00 on stocks. What happens if you decide you want your profits faster and start pushing the button to take them at .50 or .25? I don’t know the answer to that because I don’t know enough about the system. Perhaps it’s fine and your winning percentage will skyrocket as your win/loss dollar ratio plummets, but you need to know what’s happening. Far more often, you’re probably eroding the edge in the system significantly, so make sure you understand the tradeoffs!

Understand who you are as a trader

I’ve written on this before so we don’t have to go into it in detail here, but where and how you take profits depends on the type of system you’re trading. To oversimplify, with trend systems generally reward a “slower” approach to profit taking, and the goal must be some variation of letting your profits run. Countertrend trades, on the other hand, demand taking faster profits. If we try to trade a mean-reverting system following the age-old wisdom of “let your profits run”, we will likely lose. If we try to trade a trend following system and take small scalping profits, we will likely lose. It’s very important that your profit taking strategy fits the style of trading you’re doing, but let’s assume that it does and you just can’t stick to it, which I suspect is Glenn’s situation. What then?

When I was learning to trade, I learned that I could manage nearly every aspect of my trading properly: I got into trades at the right time, would wait for entries and not overtrade, would trade the right size, and I could even watch my trades go to stops and exit unemotionally every time. I was, in nearly every way, doing the right thing, so what was I missing? The last dragon I had to slay was taking profits too soon.

I think this comes under the heading of “know yourself”. We all have different emotional tells and emotions influence our trading in different ways. For me, my emotions and anxiety about trading focused on taking profits too early. It might be a little thing like just a few ticks, but it also was stupid sometimes: I would have a good setup to make 5 points and I would have taken the trade off at 2 ticks! What? Why? And why would I do it again on the next trade? (Over the years, I’ve learned it’s not just me. Many trader struggle with this issue and, for many, it is a serious stumbling block to profitability.)

The solution was just to become a disciplined trader. I know that sounds trite, but I realized that my job as a trader came down to one thing: just following my rules. I started to evaluate every trade on how well I followed the system, and basically ignored P&L. That, for me, was the final step in many ways, and it made a big difference in my bottom line. Yes, you need to make sure that your system is solid and your rules make sense. There’s a time for evaluating that, but that time is not when you’re in the market. When you’re in the market, your only job is to follow your trading rules, and that includes not taking profits too soon. Follow your rules and be a disciplined trader–always.

Let me tell you another secret: we all understand that fear and anxiety can cause us to make mistakes. Emotions influence actions–of course this is true. What we don’t understand so easily, though, is that actions can influence emotions. It’s very hard to say “ok I’m not going to be nervous now”, but if you can identify the expression of your emotions in behavior and then manage that behavior, sometimes the loop works the other way–sometimes controlling behavior can influence your emotions. It’s not easy, but it’s easier than managing your emotions outright, and, for me at least, it led to a profound sense of strength and calm in my trading.

The law of small numbers: a mistake you’re probably making

Chart of the Day: HAIN