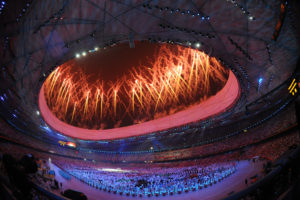 One of the things I’ve puzzled over for years is the assertion Tim Ferriss makes, that anyone can become world-class in any endeavor in six months. The point of this blog post is not to proclaim that Tim is wrong, but I want to share with you some of my thoughts and experiences as I’ve worked through this.

On one hand, Tim’s success is a shining beacon—he’s written a few great books that are fun reads and he’s done an insane amount of experimentation on himself. (His podcast is also worth listening to on a regular basis.) He also has the experience to back up his claim; he entered a tango competition, in Argentina no less, and won, with little to no prior experience as a tango dancer. He credited this win to his specific approach to developing mastery.

Tim’s specific approach, which you can read about in nearly any of his books, is essentially to cut through the garbage and to reduce any discipline to its most essential points. Mastering these elements would give up substantial skills in that field. Tim also notes that the way beginners are taught in many fields does not align with this philosophy, and time appears to be wasted on things that are not essential.

Right away, we run into some issues with this reductionist approach. Can you really reduce French cooking to “thyme, garlic, and wine” as his cookbook suggests? Can we really reduce a language to something that can be learned in 3 months? Can you master a musical instrument in six months? Can you become a masterful, successful investor or trader in that length of time?

Tim’s work certainly demands respect if for no other reason than he has walked the walk and has built a successful business around his ideas. However, I have to wonder how his braised beef (think Beef Bourguignon), which shortcuts out all the steps he considers non-essential such as browning the beef beforehand, would stand up to mine. I’ve made this dish probably a hundred times, and I think I’ve figured out how to make it as good as it possibly can be: we cut the meat a certain way, we brown it deeply, we deglaze the pan, we reduce the wine before the braise, we use my veal stock (itself a 24 hour process) in the braise, we cut the vegetables each a certain way, and we will throw them away and use fresher vegetables to serve, and the addition of just a bit of msg (soy sauce) adds the right depth to the dish. I think you can probably make something better than you can get from a can with Tim’s recipe, but is it world-class?

Is that beef stew better than 95% of cans you would open? I would hope so, but if we’re talking world-class food—true world-class—it should be good enough to come to your table in a two or three star Michelin restaurant. (We’re not being elitist; you might get that world class food from a food truck, but it’s going to be made by someone with an excessive and obsessive focus on quality.) You want to be a world-class trader? Great: the published failure rate of new traders is something like 97%, so you can be in the top 5% and still fail. I don’t know exactly how to define world class, but I’d say “top 5%” is an inconceivable wide and forgiving margin. If we want to truly excel at something, the top 1% if probably not exclusive enough… perhaps not even the top 1% of the top 1%… but that wouldn’t sell so many books. 🙂

Here’s the issue: let’s forget the facile redefinition of “world class”, and let’s say we want to do something with true mastery and excellence. How do we get there? It takes a lot of time, and a lot of focused hard work. For someone truly working toward mastery, the tiny details matter. (The devil is, indeed, in the details, but so is the beauty.) When I learned to make naturally leavened levain bread, it took me most of ten years to learn to do it well, and hundreds of loaves. You might well have been impressed with my early efforts, but because I knew I wasn’t done—wasn’t content with good—I kept pressing on to great. I started learning a new Beethoven piano sonata a few days ago; in the first two days I had all the notes basically under my fingers, but I spent two hours today on a few measures that have a particularly thorny coordination. I’m not really counting, but I bet I spent ten hours on two lines of a Chopin scherzo last week (that probably take 6 seconds to play in performance.)

I think there is value in Tim’s approach and in understanding the high-level structure of any discipline or any skill. Think of this as the framework or skeleton on which everything else must hang. You can easily acquire some passing facility in most disciplines this way, and probably impress your friends in six months, as Tim claims. But if this is how we live our lives, I think we are missing something.

If you truly want to excel at something, you must cultivate a mastery mindset. The process of getting better, of making tiny, incremental, and almost imperceptible improvements, must be its own reward. A beginner doesn’t know the difference between good, bad, and really good, but you will develop discretion and knowledge that goes to new depths. (This is only problem with developing mastery—it makes you very critical. You must be critical of yourself to improve, but it can sometimes interfere with basic enjoyment!) You will spend hours, days, weeks, and years refining small elements of your approach. Some of this just takes time, and there are no shortcuts.

I haven’t tied this post up with a nice, neat bow and pointed it back go trading and to how you can be a great trader or investor… today, I just want you to think a bit, maybe do a little outside research on the Tim Ferriss approach (which, though I’ve been critical, is not without value) and think about how this ties in your experience and goals. Maybe there’s something there for you, but maybe you’ll also think about your fire and passion and begin to ask the question: how good can I be?

Chart of the Day: Potential Failure Test in Beans