Reader Shai suggests a clarification on my last post, specifically concerning the gap and the idea of slippage being a good sign for a trade:

There is one thing I would consider mentioning regarding the issue of slippage in the sense of Gaps which, without it, new traders reading your post might interpret your thinking in a simplistic way (e,g,  “see a gap, consider it as strength and take action…”).

While slippage/gap is definitely showing the imbalance, I think it in your post it was not emphasized enough that the context of this imbalance is the key. That is to say, the imbalance should be combined with the character of the specific stock u trade and the type of trade you do (day trade / swing, etc )

If you are day trader it may make a lot of sense to jump in on this strength.  But what happens if you are a swing trader and the stock has a character of closing gaps after several days? Seems to me that in those cases, the positive strength of the Gap might turn to be a negative thing in the short term and the trader must be aware of this when planning the trade.

That is to say that the strength of the Gap is a good thing but its context will define the call for taking action.  I’m not sure this was clearly understood from your post.    Just thought it was worth mentioning especially for new traders.

There are a few good points here, and thank you, Shai, for making them. I think you are correct in saying that I did not emphasize the importance of context enough. In fact, it is hard to over-emphasize the importance of context (which is, itself, essentially a higher timeframe pattern, but that might confuse the issue) because you could very easily make the argument that context is all that matters. In other words, get the context right, get the broad direction right, and don’t make any behavioral mistakes, and you’ll be ok. 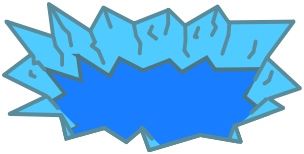 Specifically on the question of gaps on the daily chart: (Shai’s email included some thoughts on the gap in DKS.) I guess I have three thoughts: Chart lore says that gaps are filled. I’m not actually sure that is meaningful information, but I should clarify “meaningful”. A purely random walk market would fill most gaps just because it would cross many prices repeatedly. For something to be useful in trading, it has to be distinguishable from random action. (That, to me, is the core concept in technical analysis, but it is not a concept most authors focus on.) In my studies of gap fills, I’ve been unable to find anything that shows non-random action or tendencies to fill gaps. Without a non-random element, we can’t use it to make money, over a large sample size.

Second point is that opening gaps in stocks do tend to reverse. Be clear that we are using a slightly different definition of “gap”: in the previous paragraph, gap meant an open space on bar charts, where the low of a bar is higher than the high of the previous bar, or where the high is lower than the previous low. In this case, by “opening gap”, we mean a gap higher than yesterday’s high or lower than yesterday’s low—a gap outside the previous day’s range for the opening print of the day. These gaps do have some verifiable tendencies which is for moderately-sized opening gaps to reverse. (I’ve written on the stats in depth previously.) When you see a gap not reversing, working against the statistical tendency, that might also be important information. (Some people have focused a lot of attention on understanding the tendency for each stock’s behavior in gaps. I haven’t done extensive work on the subject, but I suspect there are issues with sample sizes and stability in this type of analysis. In other words, you might find patterns that appear to be solid but offer limited predictive value. Maybe not, though—that’s speculation as I really haven’t don’t the work.)

The third gap point is the concept of “earnings drift”. Basically, stocks that have large price movements due to an earnings surprise, positive or negative, tend to continue to move in the direction of the gap over the next several weeks. That might specifically apply in the case of the DKS example, for longer-term traders.

In this case, Shai makes a very good point. The thought process is not “gap good. Slippage good. Just get in the trade!” It’s more like ” excellent longer term setup. Good potential. Good setup. Gap opening makes me pay a lot more? Ok, in this specific case that might be a good thing. Just get in the trade.” It’s all about the power of the context and the setup, not on the importance of the gap (or slippage) as a standalone pattern. Thank you for your note!

We Have Met the Enemy…

Reader question: what do I do when I miss the move?