Reader Tom sent me a note:

“I am hoping you can help me. I set a goal for myself in 2013 that I would study the Level 2 Screen. I set a goal and I kept it. I was at the screen nearly every day the market was open. Focused on the price, trading small, no email, no [websites. (I won’t write what Tom wrote here lol.)], no distractions, for at least 5 hours day, every day the market was open. I watched recordings of the Level 2 every single night for at least 2 hours. I missed 0 days. I will have put in close to 2000 hours by the end of the year. But I don’t feel I am “getting it.” I have read everything I can on trading with the Level 2 and reading the tape. I know this is the KEY to short-term trading. Do I just need to put in my 10000 hours? I asked someone else and he said I just had 2 make it work FOR ME and that maybe I wasn’t cut out 4 trading. I have been thinking I made money swing trading maybe I should just do that. Do you think that could be true? Help. I am not undercapitalized and only lost a little money because I traded so small this year. No big deal. I just feel like I wasted a year of my life and I want some direction before I waste another year. I just want your opinion if you have time. Please.”

[dc]F[/dc]irst of all, Tom, congrats for setting an ambitious goal and keeping it. If you were truly at the screen every day for five hours and missed no homework nights, you have accomplished something and shown a level of dedication that few developing traders match. This is something to be proud of. 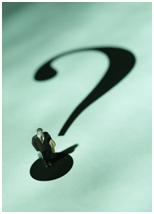 It also is, of course, possible that you are not cut out for short-term trading. If you were profitable as a swing trader, you might be well-advised to focus on that type of trading. Shorter-term trading is harder psychologically for most people, and many short-term traders are in that timeframe because they are undercapitalized (virtually assuring that they will not be successful). You say you’re not undercapitalized, you seem to have maintained good trading discipline this year so your losses were very small, and, in short, you seem to be doing many things right. Ask yourself why you want to short term trade; an honest answer to that question might be revealing.

Two points: The “10,000 hours” is a bit of pop science and may not be totally accurate. There’s nothing magical about 10,000 hours. Some people take less, some take more, and some never achieve excellence. (If you’re interested in the 10,000 hours you should read the research it was based on. “10,000 hours” is only a soundbite summary.) What you do and how you do it matters as much as how long you do it. So, no, I don’t think this is a matter of you sitting in front of a screen for four more years until you can magically make money.

Second, I would strongly discourage you from looking too closely at the level 2 screen. Old school tape reading came from a time when you could literally watch every trade in every stock on a physical piece of paper “tape”—an active stock might do a few hundred trades a day. Today, the world has changed, and an active stock might do a few hundred trades in a second. You’re competing in a game of speed where your soft squishy brain does not stand a chance against the silicon brains. In terms of speed, the game is hopelessly lost for the human trader, but here are arenas in which you have a significant edge over algorithms. Why do you want to compete with them on their own terms? Steve Cohen was certainly one of the greatest tape readers who ever lived, and he is on record as saying “Tape reading is a lost art that today is not very useful.” Faster trading, algorithmic execution to hide large orders (when was the last time you saw a 500,000 share order in the book?), dark pools, more volume being done off the tape, and delayed reporting have conspired to make reading the tape a futile endeavor.

You asked my opinion, so there it is. It’s only my opinion, but it’s a strong one. I don’t think anyone can make consistent money focusing on the Level 2 screen or the tape, so I don’t think your “problem” is going to be fixed by pouring more time down the drain. You have made money in another type of trading. Focus your time and energy where it will be best rewarded.

Best wishes for a profitable 2014, and thank you for your question.

Chart of the Day: AAPL