In a Facebook discussion group I run, Dan asked if anyone was worried about the market. In this own words:

I know you guys are robots who play the tape, but is anyone worried about recession/crash like action? My emotions have been a wreck oct/nov.

Should have gone to cash, taken a day or three off, and turtled up, gone small. Didn’t.

Struggling with fomo, missing out on the big one, when it dips. And also real worry about people losing their 401ks and stuff like that. Meanwhile I bleed money into the market. Listened to your podcast where you gave that advice, just couldn’t do it. FOMO. Maybe if I type this out, I’ll finally follow the advice.

I got out of $NVDA but didn’t tell people that I pumped the stock too years ago. Feel real weird. 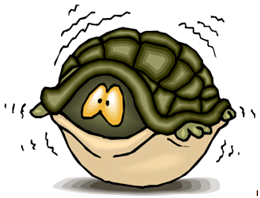 A few thoughts here: First, everything I read here is completely normal. When markets go through periods of extreme stress in price action and volatility, traders also go through extreme stress! I think there’s a good reason for this: market action is the sum of market participants’ rational analysis and emotional reactions.

When we are involved in the market, we participate in the emotions of the market. (I wrote an old blog post on this topic.) I don’t think any trader is ever fully an emotionless robot. What we strive for is to become aware of our emotions, and less influenced by them.

Now, as for worrying about crash action, that’s a double-edged sword. On one hand, I welcome a period of significant market stress. We need that cleansing “reset”. It’s part of the cycle, but we’ve reached a point where everyone thinks you just buy every dip in the stock market and it works out in the short term. (It probably does, in fact, work out in the long term, but overleveraged and overly-nervous short-term trades will eventually have their day of reckoning.)

So, I know this is part of the normal cycle, but I also remember 2008-2009 very well. (Tom and I were just reminiscing about this a few days ago.) We thought the city was burning and the barbarians were at the gate—it seemed like the end of the world. I remember advising friends and family to have cash and to pull all money out of the market in 2008. I remember when Treasury bid went negative. I remember getting out of a movie one weekend and having my phone blow up with friends who were (formerly) employed by Bear. The panic was real, and the panic was everywhere. Real damage was done to portfolios and to people.

So, yes, we do have that concern for friends and family (as Dan clarified in a later post), but we just have to understand this is part of the normal cycle. It’s an ecosystem. In a forest, things die and rot and feed new life. It’s the same in the market. (Our job, of course, is to not die, and it’s not terribly hard to protect ourselves. But we must know what to do.) This is the nature of the market, and it rests on a solid foundation of human behavior. It’s also been the same since the beginning of recorded history, so the next time is exceedingly unlikely to be any different than the previous times.

I know that’s a grim outlook, but, after living through a few crisis periods, I’m convinced it’s true. Human nature is powerful and it takes a lot of discipline and experience to avoid the typical mistakes people make.

As for your “could’ve, would’ve, should’ve” line of thinking, that’s also normal too. And you must stop it. Right now. Or you cannot trade in the market.

Every action in the market brings regret. Personally, I should’ve bought that gap up in natural gas at the beginning of the month. Should’ve been slower to take profits on the crude short. Should’ve held on to more of the CCEP long for a longer time… If my stop hadn’t been too close on the KMX short I would’ve made more money… I can tell you 50 trades I wish I’d taken over the last year… and a few I wish I hadn’t…

Your job is not to be perfect. Your job is to make more money than you lose, over a reasonably large set of trades. You will make many mistakes. In hindsight analysis, every action you take probably includes some element of “mistake”. (Which is why I don’t advocate the kind of trade review that many educators propose.)

Every mistake you made is behind you. The only value they have to you now is for you to take some small lesson from them into the future. Try not to repeat the same mistakes. Try not to let your emotional state cascade, and to let mistakes generate more mistakes. Remember, your job is not to be perfect. Your job is to make more money than you lose, over a reasonably large set of trades. You will make many mistakes…

Oh, and your issue with NVDA—get used to that too. Being a trader means being intensely disloyal to your positions. You might be a raging, table pounding advocate for an asset and then be flat (or short… it happens) the next day. You might tell everyone how an asset is going to zero and then buy it a few hours later.

This is why arguing about your position (“talking your book”) is extremely harmful—the point is not to win an argument. There’s no argument to win. The point is to make a little more money than you lose, over a reasonably large set of trades…

Last thought: I can see some of the emotions, and the degree of emotion, that prompted this question. You are very unlikely to be successful in your trading while you are experiencing these emotions. It’s probably a very good idea to step away from the market, take some time off (weeks, not days) and then return with a clear head.

If you feel you can’t do that because of fear of missing out, then you need to do it even more!

Being right being wrong