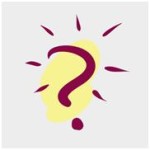 I have received several questions about overtrading over the past few weeks. Each question touched on a different aspect of the problem,; this is a serious question that many traders are asking about (and many more are facing and don’t realize it!) Rather than choosing one question to answer, let me summarize them all here:

What is overtrading and how can I avoid it?

There are two aspects to the problem: first, identifying overtrading and second, not overtrading! Many people jump right to the second part without considering the first.

Overtrading basically means trading too often and/or taking trades that don’t fit in the trading plan. There’s also another aspect to consider: taking too much risk relative to your account size, though I would usually think of this as number of positions rather than one oversized position. But what is “too often” or “too many trades?”

It should be obvious that this depends on your trading plan and methodology. For instance, a high frequency algo might trade hundreds or thousands of times in a session. Is that overtrading? Of course not.

On the other hand, a swing trader might be badly overtrading doing just 4 trades a week. This really boils down to discipline and to following your trading plan. Many traders find that reasons for overtrading boil down to basically two:

First, a trader might have a fear of missing a move. For many traders (especially short term traders) seeing a market make a good move in which they have no position, from which they can imagine they might have taken good profits, is more painful than losing money! This fear of missing out on a move can dominate the traders thinking, and it is consistent, if not smart, it’s consistent with this fear to take any and every trade that might remotely look like a tradable pattern.

The second way in which overtrading usually develops is driven by negative emotions—imagine a trader who has just had a string of losses, or maybe missed a trade, or maybe is just really, really bored. This trader might take a trade that is not in the trading plan out of anger or boredom, and many traders discover that a significant number of their trades start to fall into this category.

These are bad reasons for overtrading—fear of missing out and emotionally-driven trades, but there’s another reason that is more complicated because it is tied to some constructive truths about trading and probability.

A “good” reason for wanting to overtrade

Many trading problems are not pure problems; in fact, they are often built around some aspect of trading that makes sense. In the case of overtrading, many traders know (instinctively or through analysis) that the more times they are able to apply their edge, the more money they will make, and the more consistent their results will be.

Imagine if you have a coin that comes up heads 55% of the time. If we flip it once, anything can happen. But if we flip it three times, how sure are you that you’ll see more heads than tails. (Not very sure.) How about 10 times? (More likely, but still not all that sure.) 100 times? (Pretty sure, at this point.) Small statistical edges become more valid over larger sample sizes.

So a trader might naturally be inclined to find a system that will let her trade more often. This is the right direction, but each market, on each timeframe, only gives us so many opportunities. Traders will find that seeking more opportunities will eventually result in many trades that were not solid setups.

Taking more trades, up to a point, will result in making more money and in a smoother equity curve (over time axis), but the limit is that the trades must be fully justified and must belong in the trading plan. Taking trades outside of the plan will result in simply adding more random outcomes. While we might think these would be breakeven, because of the emotional component they are often solidly negative.

Correcting this type of overtrading is where the discipline comes in.

The goal is to have all of our trades match our trading plan as accurately as possible. It almost goes without saying that this is only possible if we have a solid and clear trading plan. (f you don’t have one, you really should. My free trading course will walk you through all the aspects of crafting your own plan.)

Once we have the plan, it’s important to evaluate our performance against the plan, and the way to do this is to ask ourselves if each and every trade falls within the plan. In fact, this is the critical “grade” for each trade; not whether it made or lost money, but whether it fell within the plan. Simply knowing and doing this can make a big difference.

This is an intellectual solution: knowing the importance of making sure every trade is captured in the trading plan and creating systems for rational review, then working to eliminate trades that do not fall into the plan. (It’s worth noting that perhaps some of the trades which aren’t in the plan should be in the plan; trading plans should grow with the trader’s experience.) Sometimes, the rational solution isn’t enough, especially if emotions are driving the problem.

Some traders know they are about to make bad, impulsive trades, but they seemingly cannot stop themselves from pulling the trigger. In these cases, solutions that address the emotional side are good. Two potential solutions are:

This is an important topic, and it’s especially important because it’s not a beginner’s problem—it’s something that only pops up after a trader has spent some time learning and growing, but it’s also one of those roadblocks that can be the difference between success and failure, between having a career as a trader, and doing something else.

You Get Paid to Hold Overnight

10000 hours, trading, and what really matters