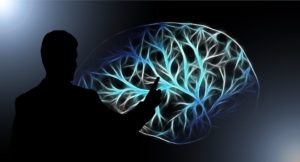 Many traders struggle with making impulsive trades. For some reason, we can create the best and most carefully crafted trading plan, review the patterns we intend to trade, and resolve ourselves to doing everything correctly—but then we discover that half the trades we execute don’t fit into the plan!

For many traders, simply eliminating these “out of plan” trades can be the difference between making and losing money, but this is often surprisingly hard to do.

Why do impulsive trades tend to be such bad trades? It might seem they should be a coin flip, but most traders find that they are quite consistently losing trades… except for the occasional big winner that reinforces (with random reinforcement!) the urge to place these trades.

I think these trades are so damaging is because they encapsulate the worst of human emotion—all the fear of both losing and missing out, the desperate hope for quick gains, anger, recklessness—all the worst. You can be pretty sure that impulsive trades will take away from your bottom line.

Here are five concrete ideas for stopping these trades and taking control of your own trading. None of these are a quick fix, but apply them consistently and you just might transform your results.

The Illusion Of Control