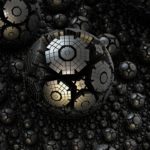 “If you want to be successful, find someone who has achieved the results you want and copy what they do and you’ll achieve the same results.” That advice, from self-help Guru Tony Robbins, mirrors what many people tell you–if you want to do something, find someone who has been very successful doing it, and model what they do. This seems like very good advice, doesn’t it? It’s simple, logical, and to the point. In fact, it seems like such good advice we might wonder why anyone would try to do it differently! But, following this advice won’t usually get you where you want to be. here’s why:

1. You might not understand what is important. This first one is almost a given, and this is the stumbling block you’re prepared for. When you see someone do something well, whether it’s a sport, or business, or trading, or an art, or anything else, the first impression is often to be awed by their skill and competence. When we start digging deeper, we don’t know where to start. Seeing the “finished product”, it’s hard to understand the path that got that person to that point.

Another time this is a problem is if we were tempted to study biographies or shorts of successful people in our field. In this case, an author has filtered what he or she thought was important and presented a picture that might or might not include the important things. Is it really the person’s bedtime? Morning routine? Education? Certain quirky practices of organization? We just don’t know. If we’re just reading blog posts or tweets about the person we’re emulating can we be sure we’re getting any accurate picture at all? Access to the person firsthand would seem to be almost essential to do any effective modelling.

Given enough time you could probably start to figure some of this out, and it would probably help to interact with several successful people. Talking to one professional gold player, you might find some quirks of preparation and routine, but if you were able to compare conversations from multiple golfers you might start to find some commonalities.

2. People who succeed often don’t understand how they do it. This one is the big one, and let me share some personal perspective. Many of you reading this know I had a first career as a professional musician. For hundreds of years, piano playing has been mostly misunderstood. Typical advice to students includes things like isolating and exercising each finger, raising the fingers high from the knuckle and dropping them into the key, and doing hours of repetitive exercises to strengthen muscles. There is also paradoxically contradictory advice like relaxing completely (in which case you’d end up in a puddle on the floor) and dropping the arm with arm weight into the key… students are confused because the literature has been so confused!

Where does this advice come from? In most cases, from fantastically successful pianists. Remember, this was the pop music equivalent of another century; for instance, Franz Liszt, in his day, was probably more famous than Elvis and women swooned (among other things) wherever he went, he did things on the keyboard that no one else had done (this was intended to be unconnected to the previous point, but, yes, probably that too…), and in many ways revolutionized piano playing. He created pieces that, at the time, no one else was able to play–literally performance on a previously unreached plane. He was a rock star, (and, by the way, so were some of his buddies like Chopin, Schumann, and Mendelssohn–this was a rich time in musical history.)  Who better to tell us how to play than the superstars?

As it turns out, they weren’t the best to be giving advice. The focus on finger action was wrong, and it’s done a lot of damage to students and professionals alike. (Schumann famously wrecked his hand trying to equalize the strength of his fingers and had to leave the performing career to his wife.) When we see someone play, we see fingers moving. When someone plays, they feel fingers moving. So, we talk about fingers and focus on fingers, but this focus has led to an epidemic that almost no one is talking about: nearly universal injury among professional pianists, and these injuries are often career-ending.

There are people who now understand that the fingers are supported by invisible and almost imperceptible (to the player) action of the rest of the body, particularly the forearm. Playing with this coordinated motion is the answer–it heals injury and gives technical freedom. (I’ll relate my experiences working with master teacher Edna Golandsky in another blog, but let me just say that personal experience has been awesome and life-changing.) But for hundreds of years, no one saw this, was truly aware of it, or could teach it. A handful of people, whether by dumb luck or genius, stumbled onto these movements themselves, but they weren’t able to explain what they were doing and weren’t able to transmit it to students. No one really knew.

In trading, it’s much the same. I knew traders who, on the floor, attributed their success to a lucky tie. They wore the same tie for decades, even after it had ripped to tattered shreds of cloth, or maybe they never washed a disgusting jacket because that was the reason they made money! Does anyone thing a trader’s success actually comes from a lucky tie? Sometimes we can dismiss obvious superstition as worthless, but what if it masquerades under an intellectual wrapper? In trading, what if it’s an indicator or some magic number formula? In sports, what if it’s some supplement or offbeat training routine? In business, what if it’s reading some books and going to some seminars? This is a thorny problem and it requires a lot of hard work to even begin to untangle. Even with no intended deception, someone who is successful may have no idea why they can do what they do.

3. None of this accounts for luck. In anything, luck plays a part. One way we can see this in business is if you go back over past decades and find books written about model companies that were crushing the competition, you’ll find that they, on balance, don’t do better going forward. Perhaps business cycles and changing tastes play a part in this, but it’s also likely that any success we see, at any time, has a component of luck.

Humans don’t deal with luck and random influences very well. Our brains seek meaning and story; we’d much rather have an explanation that “feels right” and “tells a good story” even if it’s mostly made up than to admit “we just don’t know.” True, a big part of success is doing the right things to put ourselves in the situations where we can get lucky, but it probably isn’t productive to retrace those steps. You, too, will get lucky, but you’ll get lucky in random, surprising, and unpredictable ways.

Well, it’s not hopeless, but it does suggest that there’s a lot more to “getting good” at something than modeling someone who is successful. You could probably sit down with a superstar in your field, he could tell you exactly what he thinks he did to get to his success, he could share every aspect of his routine and training–in short, he could openly, honestly share everything and it might still be worthless to you. He might not understand why he’s successful. Neither of you might understand the pieces that are really important, and you might never be able to understand the impact of luck.

We certainly, absolutely, can learn from successful people, and we should do so. We should learn from many different people who have found success, and there might be value in looking for commonalities between them. The best answers, though, probably come from understanding the forces at work, the process, and then forging your own path rather than trying to model someone else too closely. Sometimes understanding those forces can be difficult, and, in some cases, nearly impossible.

Seek out people who are successful, but also seek out people you can learn from who might not have achieved quite the stratospheric levels of success to which you aspire. Build a solid skill set and foundation for yourself. Think deeply about the problems involved, and think critically. Then work, and put yourself in the situations where you, too, can eventually get lucky.

Chart of the Day: Failure Test in AAPL

What Glenn Is Doing Right

Why should you be able to make money?