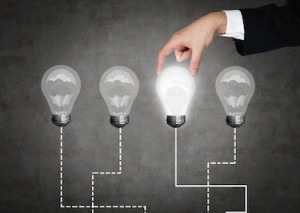 There are patterns in market prices—of this, there is no doubt. Some small set of these patterns even can help us with our trading and investing. Some are worthless. And some aren’t even there at all—they are literally figments of our imagination-laden cognitive biases! What do we do about this, and how do we learn to understand and to read the market’s patterns well?

I’ve written extensively about the need for statistical testing to separate the good stuff from the garbage. You can do that testing many ways; the most complex might be to build (or otherwise acquire) a testing framework written in a “real” programming language like C++, Python, or Java. (Yes, I know some of you programming types are already preparing to email me about my list of languages. At least I didn’t include FORTRAN…) You can also use existing software, or, at the extreme other end of complexity, you can simply do visual testing with a little record keeping.

All of these can lead to valid insights, but that’s not what I want to focus on today. Yes, at some point early on you need to do the hard work to separate the gold from the dross. Yes, you need to do that testing to protect yourself against natural cognitive biases. But before that, there must be an idea. Where do we get ideas about how the market moves and what might be worth testing?

Finding ideas from the market itself

When we get into the later stages of testing, system development, and then actual trading, there is clearly a right way and a wrong way. There are ways to do things that will probably make you money, and ways that will probably cost you money. But, in the early stages, there is no right or wrong. There’s no way you can make mistakes in the very early stages of idea generation. In fact, you have to approach this work with a childlike sense of wonder and play.

So where do the ideas come from? While it’s remotely possible that someone with no experience could have an idea that turns out to be a good idea, that’s not the way it usually works—it’s far more likely that your ideas, the ideas that eventually turn out to be profitable, will come from your experience and exposure to the market. The best way to get ideas is to be in the flow of the market.

With that in mind, here are a few things you can do to speed your idea generation along:

Next, some hard work comes, but don’t worry about that at first. At first, you need to immerse yourself in the flow of data and allow that powerful pattern recognition machine in your head to draw connections. Later, we’ll do the work of sorting out the false connections from the good ones, and the illusion from the real—this is the work of statistics and system development, but all of this work starts with ideas.

Reader question: what am I missing?