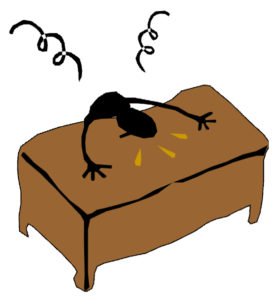 There’s an interesting discussion over on my MarketLife forum, in which someone asked the question “does anyone really succeed at trading?” This snippet pretty much summarizes his question:

What if trading is an illusion that cannot be mastered at all? Do you know (personally) anyone who lives from trading? I don’t… What if the whole “trading thing” is just a belief…? I dont know about you but I dont want to waste my life chasing illusion.

This is a question that I asked many times over the course of my trading career, and often after periods of considerable success! In fact, one of the low points of my life was a sleepless night where I just kept wondering if I could succeed and if anyone really did. (Ironically, this was after two multi-year periods of making decent money in two different asset classes and timeframes, but my initial attempts to trade the S&P 500 intraday were met with failure after failure. That experience brought me very close to giving up completely. Writing these words doesn’t really capture the soul-wrenching misery of that period of my life, but I certainly empathize with the writer asking the question.)

First of all, most people on the internet selling you trading things are lying to you. I’ve seen variations of gurus and experts come and go over the years, but I’m sure there are always new scams to be found. Even “verified track records” can be faked—several daytrading services have taken a few hundred dollars to six figures, but they’ve done so in illiquid stocks on the back of volume from their recommendations to clients. You cannot duplicate that edge.

Sometimes the gurus are self-deceived. I’ve seen many people with magic patterns or systems come and go, and years later you’ll discover they went back to school or pivoted into some other non-trading career. These people may have thought they had an edge, but they didn’t. Sometimes a guru will pick one of their thousands of subscribers who made money and make videos around this newly-minted millionaire’s success. Of course, survivorship bias is a cruel mistress (no one has written about this as clearly as Taleb), and you cannot replicate that edge.

Sometimes they are flat-out scamming or lying. Guys renting mansions, cars, or female models to take cool Instagram pics or make promotional videos—with almost complete certainty, they are all lying.

What are these threads?

It is my sincere belief (based on decades of experience and much research) that those things are not true. It is possible to find small edges in the market, and you can find those edges in many different ways: technical patterns, relative value, options, fundamentals… all of these may offer an edge, but real edges in the market are very small. I keep quoting this line from Jack Schwager because I think it captures the essence of trading very well: there are thousands of ways to make money in the market, but the paradox is that they are all very hard to find.

And they are even harder to implement! Trading is not about being a baller and crushing the market so you can go sip a drink in the swimming pool. Trading is a grind of applying that thin edge over and over with discipline as nearly perfect as you can muster. It’s hard, and, frankly, it often sucks. The number of times you’ll do exactly the right thing and get kicked in the face by Mr. Market is mindboggling… but that’s trading.

You won’t have quick, enduring success. You might have quick success, but you won’t develop the skills to make money and to hold on to it for several years. I’ve said this over and over again in many different places and forums: the learning curve is really 3-5 years. If you’re thinking of giving up, perhaps after being breakeven for 3 years, you’re giving up too easily. You have to know this going in.

As for realistic returns, yes you can get very rich starting from a few hundred dollars. Back in the 1980’s, markets were different, so we have many success stories of people who did just that. You can do the same thing today… it’s possible, but it’s very unlikely. You almost certainly will fail. You probably have better odds buying lottery tickets. When I tell a hopeful trader that he isn’t going to hit the big money, even after a long discussion I can still hear his “yes, but it might happen.” If you buy a lottery ticket, you might hit the jackpot, but no rational person counts on that.

So, you must calibrate your expectations downward. You’re not going to make 100%+ annual returns with any degree of reliability unless you are risking so much you will eventually make a -100% return. (To be clear: that means you blow out and have to stop trading. And maybe you lose your house and everything else. (I’ve personally known traders who committed suicide—this is serious stuff.)) You’re going to make double digit percentage returns, with some years being better than others.

So, you aren’t going to get rich with that $500 account. You might, with excellent risk control and a little patience, learn to trade with that small account, but after the end of a few years of learning and trading you’ll have a few hundred dollars more in it. Not thousands. Not tens of thousands. Hundreds. But you’ll also have the skill of trading…

And you can apply that skill to larger pools of money, make those same (seemingly modest) percent returns, and grow. This is how you build a career trading.

I don’t think it’s worthwhile for me to list the people I’ve known over the years who have done so. When I know the dark place the “is it possible?” question comes from because I’ve been there myself. For someone in that place, no proof is possible. Statements can be faked. Stories maybe made up or irrelevant. What that person needs to see is a glimmer of success and proof in their own work.

How to get there? The person asking this question has worked diligently for two years, and has accumulated over 600 test trades. (Let’s ignore my repeated admonishment that the learning curve is 3-5 years of hard work, for now…) He is focused on trading the shortest timeframe possible, and has no written trading plan (because, in his words: “I dont think it is of any use. I know patterns, I know risk-management… How writing down what I already know can help me? I think its a waste of time.”)

The right way to think about your failures is captured in this quote from Thomas Edison when he was asked about his repeated failures to build an electric lightbulb: “I have not failed 10,000 times. I have not failed once. I have succeeded in proving that those 10,000 ways will not work. When I have eliminated the ways that will not work, I will find the way that will work.” I think the questioner has proven that trading Brent Crude on a 3 minute chart with his specific (not written down) exit techniques and entry patterns does not work. Great. Now what can you change that might make a difference?

If I’m allowed to wax philosophical for a moment, Edison was trying to replace the primitive oil (and gas) lamps of the time. Ironically, after many failures, the filament he succeeded with was a piece of carbonized thread—that’s a lot like a candle wick, isn’t it? Food for thought.

My path to understanding