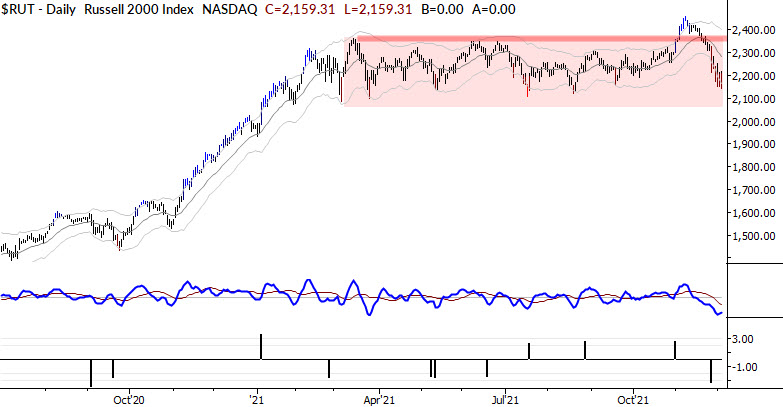 I’ve been thinking and writing a lot about uncertainty lately—and about making decisions with incomplete information. Over the past two years, we’ve all had to make decisions in an uncertain environment as the world struggles with Covid. There are many other lessons and parallels from other areas of life, but I want to focus this discussion down on financial markets. Rethinking black and white categories can give traders a better view of reality, a more accurate grasp on truth, and likely improve bottom line trading performance.

The nature of trading decisions

Making money, over the long run, is hard in financial markets. One of the major reasons is the nature of the decisions we must make. Consider these points:

Now, this landscape is probably not truly unique in human experience, but it’s unusual enough to likely be unique to most individuals—you’ll likely not encounter similar conditions anywhere else in your life. (Combat is one of the few immediate parallels that spring to mind.)

We tend to think in black/white, true/false categories. There’s good reason for this: doing so is the foundation of logic and is responsible for much of the success of science and learning in recent centuries. You could argue (as Karl Popper certainly did) that the essence of scientific thinking is negation; if we can find contradictory information we can prove an idea to be not true.

For instance, consider the statement “all cats have four legs”. A single observation of a cat with three legs would prove this statement to be incorrect. While this is a trivial example, the idea of finding a “counterexample” is deeply rooted in the way we think about the world, and it’s certainly valid and useful.

Now, this seems obvious, but when we move to the real world and financial markets things get thornier.

Conflicts in the market

Consider the recent decline in stocks. As the chart on this page shows, the Russell 2000 (a smallcap index that is often reflective of risk appetite) broke to new highs and then failed decisively. Every major US index also collapsed, most ex-US global markets fared even worse. (Despite the damage done to daily charts, the S&P 500 sits near the top of the global relative strength rankings.) The VIX exploded, and the media filled with portents of doom.

So, which of those is the real explanation? This is probably the wrong question to ask. Most of those things could (and likely are) true. There may also be factors not included on the list that are important, and this is a common mistake we all make—it’s easy to miss something that should be included.

It’s not so much that we are looking for the ultimate truth. Rather, there may be many things which are true, and which contribute in various degrees to the actual answer. Furthermore, the degrees to which these things are important might change over time. Not only is it a complex problem, it’s a complex problem that is always changing and even the nature of that complexity is always evolving.

Rather than thinking in black and white—in soundbite headlines—I’ve found it very useful to actively seek perspectives like this.

Incidentally, this line of thought very likely also applies to much of the politically-driven debate we are having in this country. Just to take a favorite example from the Covid confusion, consider these statements: Ivermectin has been effective in treating Covid in some parts of the world. Ivermectin is not that effective against coronavirus. Those would seem to be contradictory, but think about how they could both be true. (One explanation would be that Ivermectin has been powerfully effective in parts of the world where many infected patients also had pre-existing infections of parasites, and that this might not translate so well to other parts of the world.)

So what do we do with this? Check back soon. I’m working on another blog post that explains how a very bullish trader found himself on the short side of the market in recent weeks, and how holding these two ideas, being bullish and being short, are not necessarily the contradiction you might think.

The secret formula for success

The dirty dozen: my beliefs about the market and trading