[dc]B[/dc]ubbles seem to be the theme of the day. Headlines like “Why Stocks Are Undoubtedly Experiencing a Massive Bubble”, “Nobel Prize economist warns of U.S. stock market bubble”, and “Shiller Worried About ‘Boom In US Stocks… Bubbles Look Like This'” raise dire concerns. At the very least, they do what they are intended to do, which is to strike fear in the hearts of readers and to get attention for the articles that follow. There is much debate, with good logic on both sides of the argument. Economists build and revise models, researchers study data, reporters write articles, and bloggers can write anything they want, but I propose there is only one question that matters—how should we trade in this market? (Trade, in this sense, includes long-term investors and managers as well, not just short-term traders.) 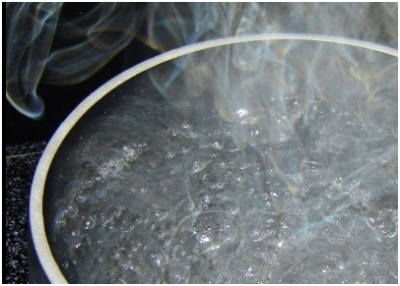 Even at the pinnacle of academia, there is disagreement. Robert Shiller, the Yale economist and recent Nobel Prize winner, recently proposed a checklist could be used to diagnose bubbles: a sharp increase in prices, great public excitement about those increases, an accompanying media frenzy, stories of fortunes being made in the asset, growing interest in the asset among the public, new theories to justify these price increases, and a decline in lending standards. Eugene Fama, who shared the Nobel Prize with Shiller this year, said recently “I don’t even know what a bubble means. Those words have become popular. I don’t think they have any meaning”—soundly denying that bubbles exist. If two of the leading minds in the field cannot even agree whether bubbles exist or not, is it any wonder that investors are confused? (Indeed, if markets were truly efficient, in the academic sense of the word, bubbles could not exist. The existence of bubbles is one potentially effective challenge to the Efficient Markets Hypothesis.)

One thing that is interesting about Professor Shiller’s list is the qualitative element. I have always held that market analysis is not a pure science, that the market is not a pure math problem. (I suppose this should be obvious from the title of my book.) Much of research is about quantifying everything that can be quantified, and trying to understand the relationships between data points. This is a noble pursuit, but, in the end, there may be some predictive elements that simply cannot be quantified—that must be interpreted with an element of Art.

This is not an exhaustive or authoritative list, but let me share some thoughts about bubbles in financial markets:

My sense of the current bubble debate is this: There is scant technical evidence for stocks currently being in a bubble. Most major indexes show few signs of “overheat” or overextension, but, rather, we see evidence of a strong, sustainable trend. (If you’re looking at long term charts and thinking otherwise, make sure those long-term charts use log-scaled axes which accurately reflect the percentage growth rates over long time periods.) We are virtually obligated, over the intermediate to long term, to focus on being long stocks. Expect “experts” to tell us why the market’s move is wrong—this probably just normal dissension which is essential for fueling a further trend. The market does not work like most people think it does; markets work on expectations and expectations of expectations, and this will always frustrate people who expect markets to respond to business school-style logic.

Of course, there is always the chance the naysayers are right. The bull market could end dramatically today. Markets turn, sometimes seemingly on a dime, and it does not take a bubble to do serious damage to unprepared, emotional investors. The bubble debate may be focusing on things that are not actually important. This is why we use a disciplined technical process: it allows us to focus on what is important and to manage the risk at points like this without relying on speculation or undue emotion. Bubble or no bubble? No one knows, and it really doesn’t matter.

Chart of the Day: Bullish pattern in the AUDJPY

Chart of the Day: Natural Gas