[dc][/dc]Take a few moments, here at the beginning of a new year, to think about how do you handle your market biases and convictions. We all know the glaring examples of “biases gone bad”: Permabears, some of whom have been firmly bearish on stocks since the 1970s, pump out denunciations of every rally, and eventually are given the media spotlight on every 20% market decline, nevermind they left several thousand percent on the table by refusing to buy stocks for decades. For some, market biases are inextricably interwoven with emotional, philosophical convictions. Consider the goldbugs who see buying gold as a citizen’s only responsible course of action; they foretell, with vehement certainty, the total collapse of a global financial system riddled with greed and corruption. For many of the most egregious examples of biases, a very long timeframe can hide many errors. Peak oil? Give it time. One need not be concerned about moves of hundreds of percents against the bias because the day of reckoning is coming. Furthermore, noisy markets will always provide a jiggle here and to keep the faithful in the fold. As my grandfather used to say, “a stopped clock is right twice a day.” 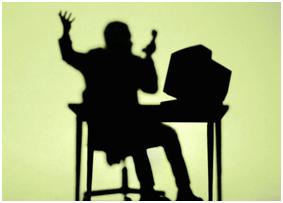 When I sat on a prop desk, about once a month I was treated to the absurd spectacle of a trader who “had conviction” on a stock. In his case, this usually meant fading a strong trend because the market was “wrong”. Over and over… and over, with the frustration mounting each time as the losses piled up. Sometimes his trading day ended in a dramatic keyboard smash that sent keys flying all over the room, accompanied by screaming, swearing, and kicking of desks as he charged out of the room to find a less self-destructive activity, often at a nearby pub.

We don’t have to look at such extreme examples to find harmful biases. Even disciplined investors may have an emotional attachment or aversion to certain asset classes, or a reason to “know” that something is going to happen. Subtle influences like this can be constructive (even if they are eventually proven wrong) because they can provide an overarching theme to an investment program. In the best cases, disciplined risk management may allow flexible positioning, perhaps even against the bias, when appropriate. (For instance, I have been fairly bearish on gold in my published research for a couple years, but yet we have found ourselves long, and profited, on several of the rallies. Though our longer-term conviction on stocks for about two years has been bullish, we have no problem flexibly taking a short position if market conditions dictate.) However, biases bring danger and often do more harm than good.

There are a few solutions to this, some of them tied in deeply with investor psychology. Some traders will find best results if they can try to be as free of bias as possible. This ideal allows you to respond with great flexibility when market conditions change, but it could lead to many investors being shaken out of positions on minor reactions against the trend. Most of the serious damage I’ve seen done by biases comes from using biases outside of your timeframe. If you are a daytrader, it probably doesn’t do you much good to have a longer-term perspective on a stock because your battle begins and ends in seconds or minutes. You truly don’t care where the stock is going to be next month. If you are a longer-term trader, focusing on short-term volatility can be harmful–you don’t care what happens today; you care about moves over strings of many days. For many traders and investors, a bias can so easily become about being right rather than making money, and this is only magnified in the world of interactive social media.

Biases are useful, essential even in some cases, but they must be managed properly. Here are two simple tests to apply to any bias you hold: One, it must be based on something you can see in the market within your analytical framework. Immediately, this condition removes irrational, emotional biases from consideration, though we should not underestimate the power of the mind to force existing evidence into a procrustean bed of preconceived certainties. The second condition is very important; any bias must be falsifiable. In other words, you should be able to say what, exactly, would have to happen to cause you to declare that bias wrong. If we do not allow unfalsifiable biases to creep into our investment process, there is no place for the permabears or goldbugs at all, and daytraders will smash fewer keyboards when they accept that it might not be the market that is wrong–perhaps their bias is wrong. We are all at the mercy of a somewhat capricious and, at times, merciless market. Risk management, and being able to flexibly respond to the developing message of the market are critical skills. Do your biases help you or hurt you?

A new book, The Art & Science of Trading

Lessons from pattern failures in gold