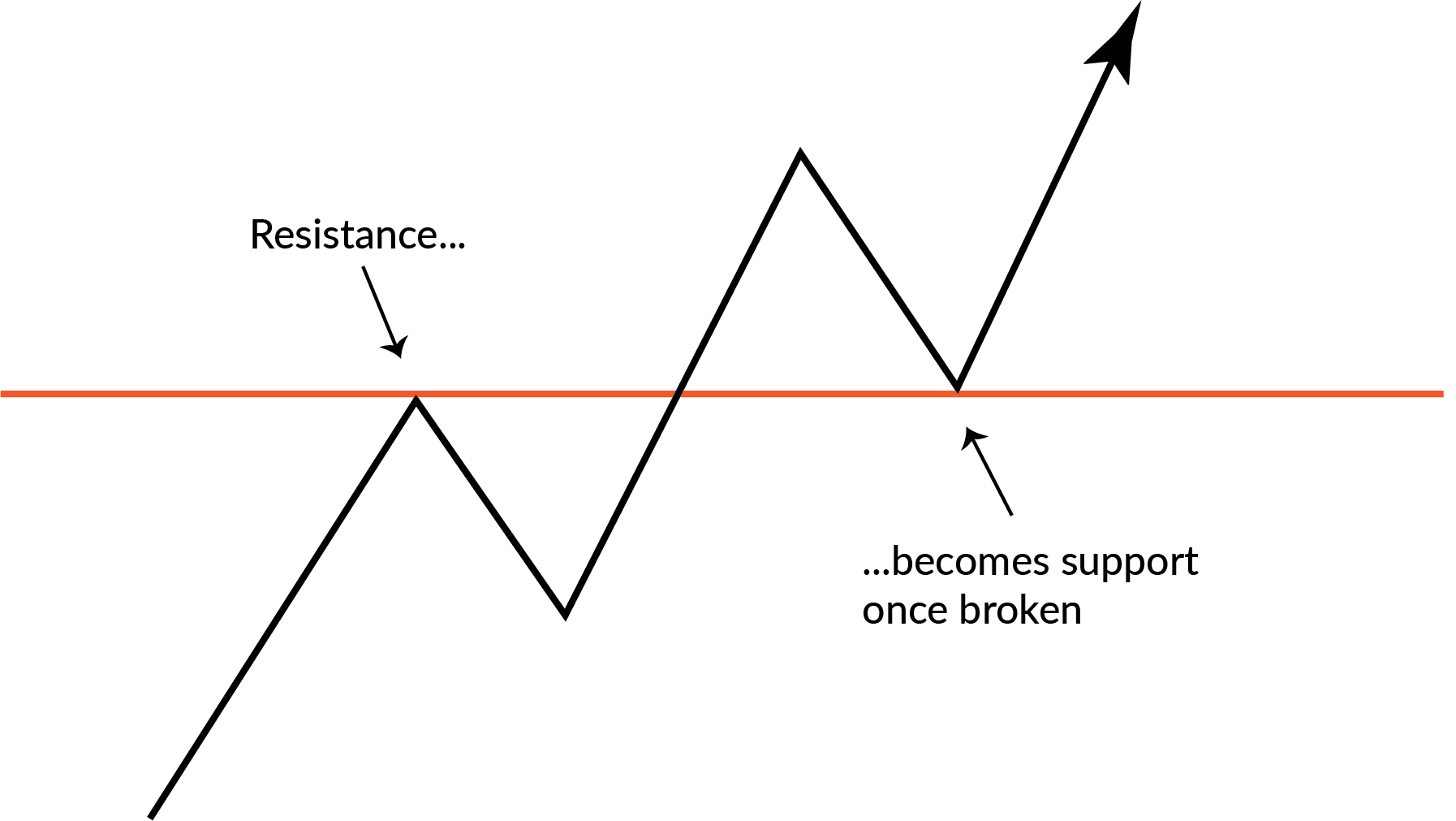 This is a continuation of a recent blog post in which I introduced the MarketLife PowerLevels. These levels are predicted support and resistance with a robust quantitative edge, available on all timeframes, and before the open of the bar.

Even more important, the concepts in this blog can be applied to trading around support and resistance levels of all kinds and types. These are general ideas for working around levels in financial markets.

It goes without saying, if you’re going to trade around or focus on levels, you need good levels! Like most things in trading, many of the levels people focus on do not actually have an edge. (A good example would be moving averages. Round numbers are also questionable.)

But if you think a little bit and work a lot, you can find levels that do tend to shape price action. Some examples to explore might be: previous days’ highs/lows, intraday VWAP, significant high/low pivot points on daily or weekly charts, pinning levels on options expirations, etc.

The examples in this blog post focus on our MarketLife PowerLevels, but you can extend the ideas and trade setups to other levels without any loss of generality.

In my experience, trading around support and resistance comes down to knowing where you think a level might be, and then watching price action when price moves into the area. This is one reason why I think it’s critically important to always say and think anticipated support and resistance—this one word shapes your thinking. Add that word, and you will automatically think in probabilities and in “maybes” rather than “shoulds”, “wills”, or “musts”.

Once you are watching action around a level, there are only a few things that can happen:

Now, it seems like we’ve just outlined every possible outcome, but there’s tremendous value in this framework. We can actually boil it down to six trades:

Let’s look at some concrete examples for each trade. In most cases, we will show both a “schematic” picture to illustrate the general principle, and an example drawn from real market data.

For many traders, this will be review, as many technical analysis texts focus on this concept. A resistance level, if it is valid, once broken, will likely provide some support on a retest from above. (You can also turn everything in this post upside down: support, once broken, is likely to act as resistance.)

And here’s an example of this trade from recent market action:

1: Early morning resistance is broken and then functions as support. Support is failing by the second touch and…

2: Support breaks at A and then functions as resistance at B. These are messy tests, but this may have reflected volatility early in the European session.

3: The resistance level eventually breaks (after several tests) and then provides solid support at B. (Which, coincidentally, set up a solid thrust off the New York open.)

4: At A, the anticipated resistance level provided no resistance at all, but it did work cleanly as support on the retest at B.

When a level is “active” and working, the closer a market gets to it, the more attraction the level has. This is a principle we see most clearly on daily charts: as stocks or indexes approach all-time highs, the chances of those highs being exceeded, even if only by a little bit, become very high.

Intraday, this trade works as well. Schematically, it can be useful to think of it as a “woosh”; as the market moves toward a level, momentum can increase. It’s almost as if the level were a magnet.

And here’s an example of this happening near the end of the day in the S&P 500. Once the market broke toward the level, momentum conspired to drive the market into a touch of the level.

This is a fun one, and is one of these trades that is most closely tied to our PowerLevels. Because of the way they are generated, they have tremendous power to shape market action for the day. When the market opens near one of the levels and moves away, there’s a very good chance the high or low has been set for the session.

This chart shows daily bars, with the active levels for each day depicted as dots. We’ve ,arket a handful of days with arrows where the almost exact high or low was set by an early test of a PowerLevel:

There’s a little bit of nuance in trading this intraday. Sometimes you can simply see a sharp move away (as in the chart below). Sometimes you may need to let the market set up an opening range and then trade an opening range breakout. And sometimes you might see a move that initially proves wrong, and must take a reversal when the high or low of the session is taken out. The concept plays out with some subtle differences, but the important thing is to get the big picture right.

This one isn’t as much a trade as it is a signal to not trade. When the market lacks momentum, you will often see it “get stuck” around a level. It’s as if the level acts as a peg, or the market goes above and below the level–up and down like a yo-yo.

Usually, this is a less-than-ideal trading environment and a good warning to not get chopped up in the noise. However, there’s other valuable information here. When you identify a yo-yo, set alerts near the boundaries of the pattern. A breakout is likely to lead to a clean extension, at least to the next PowerLevel.

Watch this trade play out in the chart below:

The yo-yo often feels like a complete failure of momentum as the market almost grinds to a halt at a level. There’s another variation of this idea, where the market bounces back and forth between two PowerLevels. Schematically, it looks like this:

In actual practice, sometimes it really is that clean! But more often there’s some noise and false breakouts. Here’s a pretty typical example from a recent trading day, with the Pong area highlighted.

Both the Yo-yo and Pong are variations of a trading range. All the skills and patterns of trading around ranges apply here, but they differ in how the levels define ranges.

In general, you’re likely to have some failed with-trend trades on days that see this type of compressed price action.

The last trade we will look at today, and doesn’t really need a chart to illustrate. It is much less common than the others, because it only shows up when the market is “surprised” by a major shift in market tone.

Simply put, when you are outside the most extreme PowerLevel for the session on a trending day, there’s an edge for extension into the close of that session. (This works equally well on intraday charts using PowerLevels derived from the daily bar, or on daily charts using weekly levels.)

Of course, nothing works 100% of the time, so you still need to pay attention and work proper trailing stops on trend trades, but knowing this tendency is supporting your trades can give you the confidence to avoid taking early, nervous profits.

You’ve probably seen much of the information in this blog post before, but there is value in structuring your trades around a handful of scenarios. Support and resistance are powerful concepts, but trading them is not simple.

In addition, there are many issues of cognitive bias that come into play when we look at support and resistance. Even if there’s no pattern, your brain will create patterns. Even if levels don’t work, you might think they do when you see them on a chart. Many trader struggle because they use inappropriate and insignificant support and resistance levels.

See what adding a handful of these trades and patterns can do for your trading results. I hope you will find as much value here as I’ve found over the years of using levels like this in my own trading.

Video blog: a look at Price Rejection in GBPUSD and Crude Oil futures

Chartschool: The importance of the previous day’s high / low

Chart of the Day: Breakout Setup in DFS