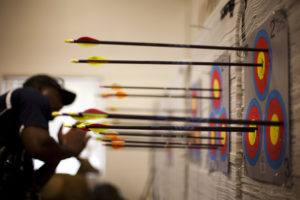 This post is a followup to my recent post which looked at Malcolm Gladwell’s 10,000 hour fallacy. That post focused on what is wrong with pop science soundbites. This post is different: today, I’m going to tell what you can do to work toward mastery–practical tips toward deliberate practice. Soon, I’ll follow up with a final post that asks the question no one ever seems to ask: should you even be doing this? What’s the right thing for you?

After I published the previous post, several of my readers raised the objection that I was oversimplifying Gladwell’s book, and that he emphasized the importance of deliberate practice rather than just spending 10,000 hours doing something. Actually, it was the original research done by Anders Ericsson that emphasized deliberate practice, the research that Gladwell misrepresented and oversimplified. Here is what Ericsson himself has to say on the topic:

…Gladwell didn’t distinguish between the type of practice that the musicians in our study did — a very specific sort of practice referred to as “deliberate practice” which involves constantly pushing oneself beyond one’s comfort zone, following training activities designed by an expert to develop specific abilities, and using feedback to identify weaknesses and work on them — and any sort of activity that might be labeled “practice.” For example, one of Gladwell’s key examples of the ten-thousand-hour rule was the Beatles’ exhausting schedule of performances in Hamburg between 1960 and 1964. According to Gladwell, they played some twelve hundred times, each performance lasting as much as eight hours, which would have summed up to nearly ten thousand hours. “Tune In,” an exhaustive 2013 biography of the Beatles by Mark Lewisohn, calls this estimate into question and, after an extensive analysis, suggests that a more accurate total number is about eleven hundred hours of playing. So the Beatles became worldwide successes with far less than ten thousand hours of practice. More importantly, however, performing isn’t the same thing as practice…an hour of playing in front of a crowd, where the focus is on delivering the best possible performance at the time, is not the same as an hour of focused, goal-driven practice that is designed to address certain weaknesses and make certain improvements — the sort of practice that was the key factor in explaining the abilities of the Berlin student violinists.

So, yes, deliberate practice is important, and we should turn our attention there, rather than to the 10,000 hours. But what is it? In a nutshell, it’s practice that challenges you; it’s practice that pushes your limits. Deliberate practice may not be fun—in fact, if you’re doing it right, you will have many failures—many times where you try to do something but are unable. This is a natural consequence of working at the edge of your ability, and it is uncomfortable.

An easy example might be to compare two piano players. One plays pieces of music he likes, sometimes plays in front of friends, and when he can play something pretty well, moves on to another piece he likes. He will stop to work on the parts that challenge him so he gets better, but he mostly enjoys playing things through from beginning to end.

Contrast that to the serious player who spends hours working on details, might work on a piece for weeks or months, and may spend days in which he does not play the piece in its entirety. If you were to listen to him practice, sometimes you couldn’t even recognize the piece he’s playing because he is playing very slowly, or is playing small sets of notes (sometimes as few as two or three) over and over in different ways.

One of these guys is not right and the other wrong; they are doing two almost completely different activities. The first person is playing casually, for fun. The second person has a different objective, and may not, on the surface, be having as much “fun”. The serious worker may end practice sessions dejected, and will begin again tomorrow by focusing on places he is likely to fail.

When we work in deliberate practice, we frequently face our limitations—we fail, over and over again. Though, as I’ve said, this is not fun, it can be profoundly rewarding. When we overcome obstacles, and someone working in deliberate practice certainly will, the emotional rewards are very sweet indeed.

Deliberate practice is not drudgery. In fact, I don’t think you can do it without passion. Passion is a word that gets thrown around casually (especially by every business school student on a job interview. No… I don’t think you are passionate about capitalizing operating expenses…), but it is the driving force behind the will to succeed. Unless you love something so much that it is a part of you, I don’t think you can muster the constant work and struggle to work toward mastery. Without passion, you are doomed to be a hobbiest and mastery will ever elude you.

How to do deliberate practice

Deliberate practice is a mindset, and if you are working toward mastery, it will be a lifestyle. Let me share some ideas that will apply to a wide range of disciplines, then we will look at trading and financial markets, specifically

That’s enough for today. I have one more post coming on this topic. In that post, we will revisit the nature/nurture question, ask what the limits of practice might be, and if you should be doing this at all. Oh, and we’ll also look at why all of this might not apply so well to trading and financial markets in general.

Being right and wrong at the same time

What happens if you believe?