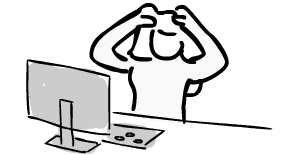 I’ve had many discussions with traders in the last week in which I see a common theme: many people are very frustrated with this market. Many people feel very much out of sync with the swings, and I heard from more than one person “it’s like I’m doing everything at exactly the wrong time.”

We know that trading is hard. We almost don’t need to revisit the long list of reasons why this is so:

(It’s also worth noting that these strongly held opinions literally covered the complete range of possibilities: traders were “sure” the market was going up, down, or would trade sideways with basically no volatility.)

I think the issue is here is that strong opinions, whether right or wrong, are dangerous. How?

Well, first there’s the obvious way. When we become convinced, we may do something stupid on a trade… and, please, remember we are playing with fire. There are real world consequences. (I knew a friend of a close friend who became convinced God was telling him the stock market would do something. He placed a trade with the “certainty” that Divine inspiration was behind his market call. When the trade worked out, he lost his house and entire net worth and soon after committed suicide. This is not an isolated story—there are serious, and far-reaching consequences to trading decisions.)

Even laying aside the very real financial danger, strong opinion blinds us. Confirmation bias can make people literally unable to perceive contradictory information. Perfectly normal people become blind to datapoints that contradict strongly help opinions and beliefs. Traders may be physically unable to push the button to get out of losing trades. The mind, especially the mind under pressure and in a chemically-compromised state, is a strange and wonderful thing.

Everything I’ve written above is well-known and anyone who’s read a book on trading psychology knows it already. (Still, a reminder can be useful!) But I do wonder if there’s yet another layer to this onion.

When we are proven wrong and finally capitulate, we’re now very much out of phase with the market. The shock of being wrong, the flood of emotions that comes with it, can be incredibly destabilizing.

If we’re a stock trader, we throw in the towel… quite consistently if we = the mass of traders… at the exactly bottom. Natural mean reversion kicks in, and the thing we puked out now floats up from the lows. Emotion piles upon emotion…

I think the answer is to constantly push ourselves to think in terms of probabilities. When you have a trading idea, spend time actively considering how it might not work, and actively seek contradiction for the idea. (My twisted, personal, approach is to consider that every trade I enter will be a losing trade and to put myself in a mindset where I expect that. When a trade works, I’m pleasantly surprised, but I have absolutely no attachment to any trade and no trouble dumping a trade when it isn’t working.)

As I said, there’s nothing revolutionary here, but the constant reminder to think in probabilities and to avoid attachment to any one trade is useful… and perhaps spend some time thinking about those times when you felt most out of sync with the market. Were they preceded by periods in which you had strong convictions or felt certain about what might happen? If so… I think you know what to do!

Why Is Trading So Hard?

We Have Met the Enemy…