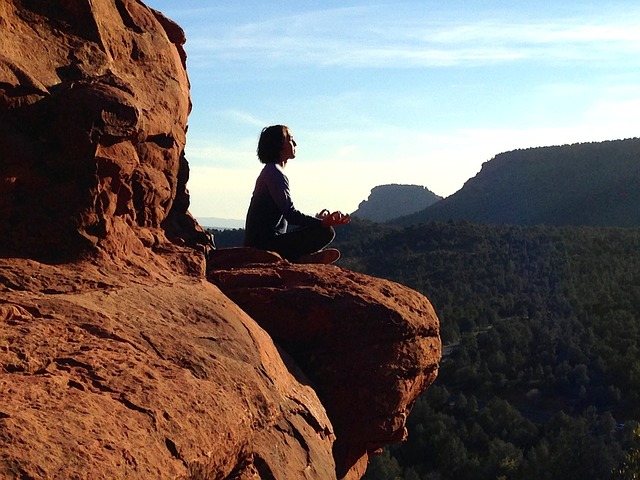 Let me say here, at the beginning, that I am a strong advocate for the importance of meditation. I have meditated for over half my life, and have tried to explore these traditions in their original cultural contexts, as much as someone living in modern America can do so. In many ways, these practices have transformed my life and my ability to function. When I have let my meditation practice falter, I’ve seen negative effects. I have no doubt of the good that can come from mediation, but I want to dig a little deeper into what it actually is, where it comes from, and some dangers to avoid.

We often use the verb “to meditate” to mean to think about something: “Let me go meditate on this a while and I’ll get back to you…” This is a perfectly legitimate use of the word, but when we talk about meditation we mean something else. Meditation is a type of mental process that relaxes and calms the mind, quiets normal thinking, and, eventually, may access special states of consciousness.

There are many specific types and practices of meditation, but they usually fall into a few categories. Most meditations involve some type of passive focus, and most of the distinctions between practices depend on the chosen object of focus. Some more active types of meditation may involve a visualization, but these, too, usually resolve into a state of “empty mind” at the end of the practice. This “empty mind” state is the goal of meditation—finding that state where the active, everyday mind quiets, and the meditator can see what is behind that mind. That point cannot be emphasized enough: the point of most meditative techniques is to get to that empty mind state, and they only differ in the paths chosen to that end. Most meditations involve the body in a still position, usually sitting (for the practical reason that it is easier to stay awake sitting than lying down), but there are a number of moving meditations. Here is a list of some of the most common meditation techniques:

Where does meditation come from?

One of the challenges that meditation faces in today’s seemingly ever-more-secular world is that, historically, it was developed in religious contexts. Much of the information we have on meditation comes from the rich traditions of Buddhism and Hinduism, but every major religion has a group that developed these practices. Some people may want nothing to do with anything that seems religious at all, and religious people may be very reluctant to incorporate something that they view as coming from another religion. I think both of these perspectives are, at least a bit, mistaken.

A more accurate way to think of meditation is that they are a set of practices that represent a mental technology. People devoted lifetimes—multiple lifetimes because this work was done in schools where knowledge and experience was passed from generation to generation—to learning how the mind works and how to shape and hone awareness. Some of that knowledge may be lost to us now, but we are on the receiving end of a vast body of knowledge and experience.

What does meditation do?

There are many studies that show surprising, positive effects from meditation. Increased concentration, focus, and a more centered mental state are obvious benefits. However, a recent study has shown that meditation can change gene expression—meaning that there is at least the possibility that meditation can lead to physical changes in the body. Another study has shown physical changes in the brain structures associated with learning, self-awareness, and stress management. Think about that for a minute: this is convincing evidence that meditation can change your body, not just your mind. Particularly in our modern culture, there may be an attitude that says meditation is just sitting in one place “wasting time”, and these studies suggest that attitude is wrong. When you meditate, you are doing something “real”.

It’s not at all uncommon to hear people talk about the benefits associated with meditation, and these benefits appear to be real. Let’s cross the line into some less-explored territory and consider some more esoteric perspectives. There have been a number of brain wave studies on advanced meditators that suggest something very unusual is happening in their brains. Without going into unnecessary detail, their brains appear to be able to operate at a frequency in advanced meditation that is unattainable (or, at least, very uncommon) for the average person. This suggests that advanced meditators may be able to access entirely new states of consciousness. Now, how relevant is this to the average person who isn’t going to spend a decade in some mountaintop retreat? Perhaps not terribly relevant, but, again, it points toward some power and significance that might sometimes be hidden.

It’s also worth considering what the people who created these practices said they were supposed to do. Meditative practices were not designed to decrease stress, increase learning ability, or to do most of the things we want it to do in modern society. (I’m on thin ice here, because I’m trying to make generalizations across a wide range of traditions and contexts. I apologize for any errors, and certainly do not mean to misrepresent or to oversimplify any rich tradition to a bullet point.) In most cases, the goal of meditation was to lead the meditator to a special state of conscious awareness that can be described as “Oneness”. It is difficult to talk about this, because it is an experience that transcends logic. When people who have experienced this state of mind write about it, we are left with enigmatic traces that don’t fully make sense to us. For instance, Saisho, a Zen Buddhist monk living in the late 1400’s, wrote this poem after experiencing this state:

To our modern eyes and ears, poems and sayings like this might appear to be deliberately confusing, and we might even make jokes. The problem is that several thousand years of tradition, from all over the world, people report similar experiences. Meditators in the East, in the West, and in aboriginal cultures all share similar experiences, though language and literary style sometimes make this analysis complicated. There is something going on here that is literally ineffable, and we, in our modern culture and societies, are a little uncomfortable with that idea.

Part of the strength of meditation comes from the nature of these experiences. In meditation, we integrate the intuitive, wordless part of our minds with the rational, analytical part. Though the right brain/left brain divide is at least largely a product of pop science and glib newsbyte psychology, it is true that we think in at least two, diametrically opposed modes: our everyday, rational mind seeks to divide, to reduce things to causes and effects, and to focus on logic, while our inductive mind seeks to understand the whole, to find answers that can leap across missing links, and, perhaps critically in our modern world, to find meaning and wholeness. This integration is a noble quest, and perhaps points toward healing for many of the ills that we face as a modern culture, but there is also a dark side. Tomorrow, we will explore that dark side and look at some ways to avoid some of the very real dangers of a meditative practice.

The one thing–the only thing–that matters

How to be more creative