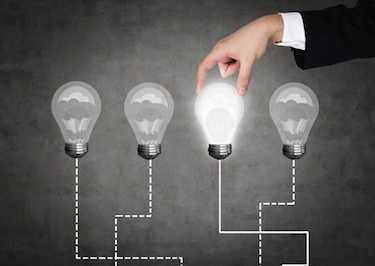 I saw this interesting article from Bloomberg last week, with the almost-clickbait title of “Train your brain for trading (No, Really!)” I just happened to click on it, and found that it was actually an interesting perspective on some earlier research. When I wrote my book (which you should check out if you haven’t already!) that particular paper was relatively new, and it had some perspectives that shaped the way I thought about teaching and developing intuition. Key points are that 1) this is a normal aspect of human cognition, just slightly re-tooled to work in the market environment, 2) intuition is normal, and 3) if everyone has it, it’s not a stand-alone source of a market edge.

If you want to read the original paper, “Exploring the Nature of ‘Trader Intuition'”, you can find it here, but here’s a little excerpt from pp. 361-362 of my book that hits some of the important points for traders. For developing traders, many of the tools and techniques we use are designed to nurture and to refine this intuitive sense of market action:

There have been many studies in the social sciences and in psychology that have established the reality of human intuition. Focusing specifically on trading and market-related intuition, Bruguier, Quartz, and Bossaerts (2010) structured a set of experiments designed to “better define what is meant by ‘trader intuition,’ and to understand why some traders are better than others.” They did this by creating a number of scenarios representing markets that both had and did not have trading by informed insiders, with the goal of seeing if novice traders could intuit the intentions of these informed insiders through price movements. Perhaps surprisingly, they found that uninformed traders with no experience in financial markets were quickly able to discern the intentions of these informed insiders, based on nothing more than information contained in price changes themselves.

The logical question, of course, is how did they do that? Bruguier et al. postulated a connection between traders’ intuition in market situations and a specific ability known in the literature as theory of mind (ToM). ToM is the human ability (perhaps shared with some other primates) to read benevolence or malevolence through the patterns in one’s surroundings—for instance, the ability to read another person’s intentions through eye expression or through moves in a strategic game. Since markets with insiders represent an environment that may be deliberately manipulated against the uninformed trader, ToM becomes a potentially relevant skill. Not only did Bruguier et al. find that trader intuition in their market simulations was strongly correlated with tests for broader ToM-based abilities, but it was specifically uncorrelated with ability on mathematical or logical tests. Last, they confirmed in brain scans that subjects were activating areas of the brain that have been associated with ToM in previous tests and experiments. It appears that subjects were using highly evolved portions of their brains in new contexts and applications to drive market intuition.

This paper is one of many that confirm the reality of intuition, but these results are particularly interesting because they suggest a fairly mundane explanation for the phenomenon. Intuition is not some mystical skill that only supertraders have; it is a retooling and reapplication of normal human abilities built from our social interactions. However, the most important point is that intuition is not special. Even inexperienced, uninformed traders quickly begin to develop intuition about market patterns (a fact that has been confirmed in many other experiments.) If everyone has it, intuition cannot, in itself, be a source of a trading edge.

Meditation: what can go wrong

The power of habit and momentum

Four steps to mastering your fear of trading