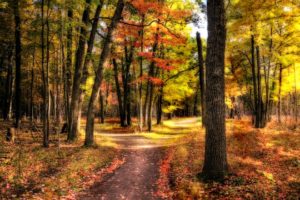 I want to share a few more personal thoughts with you today, to look at where this blog and my work has been, and to talk about some exciting new directions for the future. First of all, we aren’t talking about any radical changes or departures. If I hadn’t mentioned it, you might not have noticed—the new directions already lie within the scope of my blog. To understand where we’re going, let’s look back at this year.

I began the year with a heavy emphasis on Python programming, and with the possibility of working on a large-scale Python course. This work stalled, largely in response to questions I got from readers, and to conversations I had. At the time, my thinking was that basically everyone who wanted to trade should learn to code and do their own backtesting. I now think that approach might have been misguided; I think I was wrong.

To do even rudimentary testing in Python requires a good deal of proficiency in the language. It’s hard to say how long it would take someone to get there, but working fairly hard (let’s say 10 hours a week), it’s hard to imagine someone starting from scratch and being able to do a simple backtest in less than six months. Now, keep in mind this is roughly two hours a day, with little time off—if you falter, it will take longer. If you get frustrated and give up, you’ll never get there.

To do backtesting as I was proposing, one does not learn to program—you have to become a programmer. That’s a significant investment of time and energy, probably requiring several years of work. I would rather be able to offer someone a good platform within which to do the testing, and then let the trader focus on learning to understand the statistics and test procedures that are most likely to allow your forward results to match your backtesting. Perhaps we do not have to build our boat if we want to be sailors (though we need to understand the boat deeply.)

So this is where I’m coming from. I am writing a book that focuses on system testing and design, and you’ll hear more about that later, but I’m going to slightly refocus this blog in the following ways:

Exciting stuff! I’m honored to have each of you reading and I look forward to bringing you some new perspectives over the next few months.

FAQ for my new book