This is the third article in my series on pattern recognition, and the last on pullbacks. Most patterns in markets are relatively simple, and most patterns were labeled long ago. True, there are many variations and refinements on pattern names, but there just aren’t that many “new” patterns. I’ve said many times that I owe a tremendous debt to all of those who have come before me, as anyone working in any field does. I’m sure someone has written about this little pattern, but I haven’t seen it–as far as I know, I was the first.

Pullbacks are simple patterns–perhaps the most fundamental pattern in trending markets. A market makes a trend move, pauses or pulls back, and then makes another thrust in the same direction. Simple: 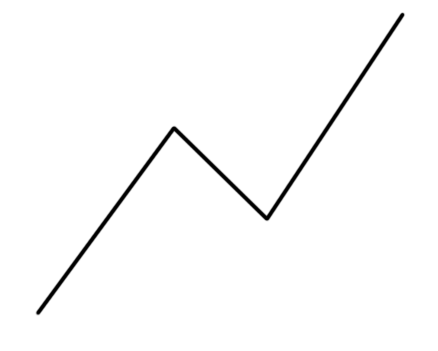 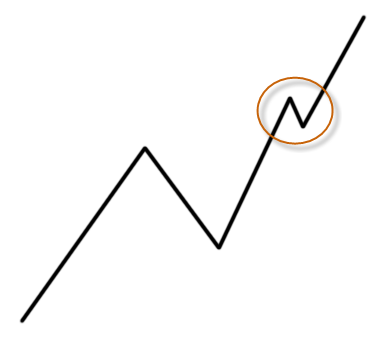 Why do we care?

Now, this may not seem like a big deal. After all, it is simply another, smaller, pullback in the market, and, as I remind you all the time, markets fluctuate randomly and have a lot of noise. This pattern could be nothing more than a random jiggle. Yes, this is true, but the value in the pattern is twofold: First, we can set up good trades with these nested pullbacks. It is not uncommon to miss the pullback entry, and when we do, the presence of a nested pullback can often give us a second chance to get in. (In my research reports, I often tell clients exactly this–you should already be in the trade, but if you’re not, this little nested pullback is a good secondary entry point.)

Second, these patterns matter for trade management. Newer traders, particularly, are prone to making errors when trades take a while to work out (but no one is ever immune to errors!) If we know that nested pullbacks are common and that they actually show a strong, intact move, we’re less inclined to get out of the trade at the first pause, too early.

As an aside, this is also a way to collapse multiple timeframe analysis into a single chart. Using multiple timeframes does not mean you always have three charts up; a skilled trader can infer the weekly chart from the daily, for instance, seeing a simple weekly pullback as a daily complex pullback, and knowing the drive out of that pattern might set up nested pullbacks on the daily.

How to trade them

There are several things you can do with this, from actually trading them as stand alone patterns to using as confirmation for trade management. If this pattern is a new idea for you, take some time to look at charts and see where this pattern has been hiding in plain sight. It does line up sometimes with the first pullback after a breakout, but, even more commonly, is simply hiding there, on that drive out of a bigger pullback.

To finish, here are a few examples of nested pullbacks from recent market action: 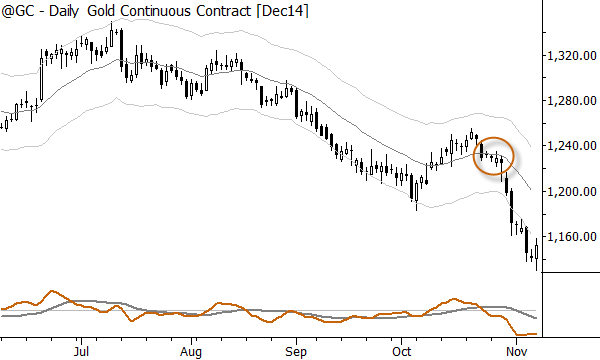 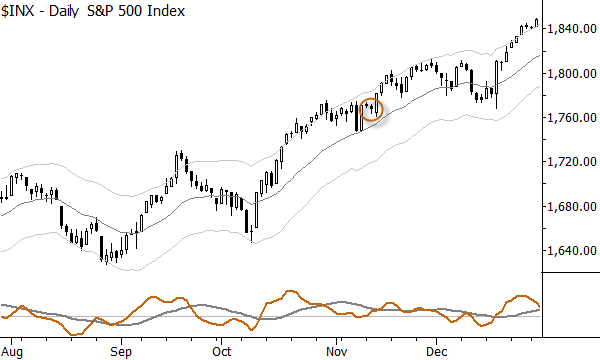 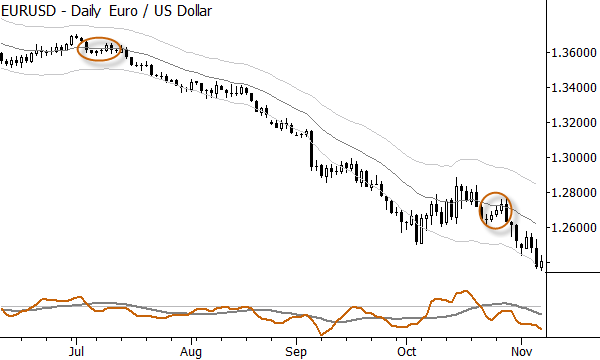 Chart of the Day: Bear Flag in EURUSD

Chart of the Day: Bullish Consolidation in Gold